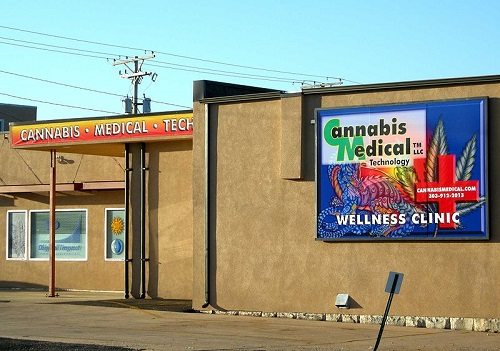 Colorado legislators have proposed the creation of local nonprofit financial-service cooperatives—the business equivalent of a credit union—for legal marijuana shops as a way to force federal authorities to finally decide whether the pot industry can access critical banking services.

The Denver Post reports that, in a unique twist on the credit-union concept, a state representative has introduced a bill that would create “cannabis credit co-ops” for licensed pot businesses and those businesses that buy and sell with them.

“This sets up a new type of financial structure to bridge the gap we’re seeing between banking and the marijuana industry,” Rep. Jonathan Singer (D-Boulder) said before the bill passed through its first committee hurdle.

While the bill allows the creation of co-ops similar to a credit union, their access to the nation’s financial banking system requires approval from the Federal Reserve Bank—without it, they don’t work. Because marijuana remains illegal under federal law, some bankers doubt the system will gain that Federal Reserve approval. Since it’s ultimately up to Congress, as banking experts tell the Post, Singer’s approach is to send a message to the federal government that the state has a template in place that it can approve. The Colorado Bankers Association said that passing the bill would force Congress to focus on the issue and come up with a solution.

The co-op idea emerged when the state’s credit unions unsuccessfully tried to organize the industry, according to Colorado’s director of marijuana coordination. “We will be in a strong position to lobby Congress if we’ve tried every avenue to get into the system,” he told the paper.

The bill has met with mixed initial opinions, with some Republican legislators questioning whether the concept is tantamount to “money laundering.” The State Attorney General is neutral on the bill, so long as the provision requiring Federal Reserve permission remains. The Federal Reserve Bank has refused to comment on it, or the concept of a co-op system. The bill’s co-sponsor is not particularly optimistic that the current Congress would tackle the issue, adding “this bill would lay it squarely at their feet and force the conversation.”

Pot shops have been unable to access the full range of banking services and have struggled with how best to handle the millions of dollars in cash that flows through their registers, the Post reports. Even though federal authorities have provided some guidance for banks wanting to handle marijuana business deposits, most say it was little more than limited assurances that they could do so without legal reprisals.—Larry Kaplan