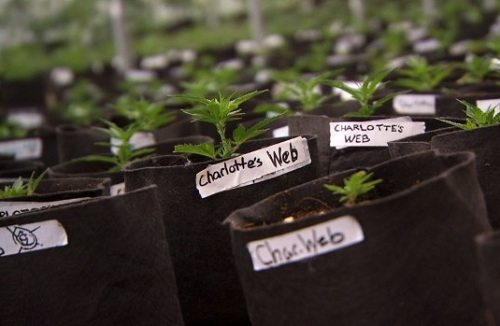 Charlotte Figi was only three months old when she began experiencing critical seizures. At age two-and-a-half, Charlotte was diagnosed with Dravet Syndrome, also known as severe myoclonic epilepsy of infancy, and CNN tells the heartwrenching story of the endless list of medical procedures and medications the Figi family tried to prevent Charlotte’s seizures with no success. When Charlotte was five years old, the family was told by physicians that there was nothing more they could do for their daughter.

That’s when Charlotte’s mother Paige decided medical marijuana was worth a try. What more damage could they possibly do to Charlotte at this point?

Paige heard about a child in California with a Dravet Syndrome diagnosis who was successfully treated with cannabis. The Figi family then discovered the Stanley brothers, one of Colorado’s largest marijuana growers and dispensary owners, who were crossbreeding a strain of marijuana high in CBD, but low in psychoactive THC—just like the strain that worked in California.

Paige tried reaching out to doctors for a cannabis prescription, but many thought the risk was too high for such a young child. Finally, Dr. Margaret Gedde agreed to meet and speak with the family regarding testing cannabis on Charlotte.

“(Charlotte’s) been close to death so many times, she’s had so much brain damage from seizure activity, and likely the pharmaceutical medication,” Gedde said. “When you put the potential risks of the cannabis in context like that, it’s a very easy decision.”

The first time the Figi family tried the cannabis strand on Charlotte, the seizures went away for seven days, which was astonishing. Now at age six, Charlotte is vastly improving. Her seizures only occur two to three times a month, usually in her sleep. Charlotte’s father Matt said, “I literally see Charlotte’s brain making connections that haven’t been made in years….My thought now is, why were we the ones that had to go out and find this cure?”

Charlotte’s unbelievable story about how cannabis ended up saving her life also tells the success story of a new Colorado nonprofit called the Realm of Caring. The Stanley brothers founded the Realm of Caring Foundation, which uses concentrated cannabis oils to treat adults and children with diseases such as Parkinson’s, multiple sclerosis, HIV/AIDS, and forms of cancer. The brothers have fondly been referred to as “the Robin Hoods of marijuana,” giving away this new strand of cannabis “for pennies” and using any profits from medical marijuana patients to attract donors to the cause. They named the strand “Charlotte’s Web,” and already have 41 additional patients using the strand to treat cancer- and epilepsy-related symptoms.—Aine Creedon