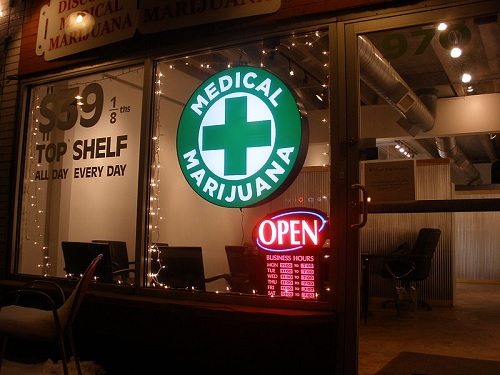 An interesting debate in Colorado concerning marijuana shops was just resolved in a way that goes against what the owners of pot stores wanted. Colorado’s Republican legislators proposed to add stores that sell recreational or medical marijuana to the list of places where recipients of public assistance couldn’t use their EBT cards at ATMs.

The storeowners actually agreed with the GOP proposal, primarily because they didn’t want to invite unnecessary federal scrutiny that might come with concerns about improper cash withdrawals on these government-issued cards. Already prohibited sites for the use of EBT cards for ATM cash withdrawals are casinos, liquor stores, gun shops, and, due to federal law, strip clubs.

However, Democrats on the State, Veterans, and Military Affairs Committee voted along party lines to allow the use of public assistance cards on ATMs in pot shops. Their reasoning is that many neighborhoods are “banking deserts” with few bank outlets and few ATMs. State Senator Irene Aguilar (D-Denver) explained, “I’m not comfortable limiting that access until I’m certain we’ve done that due diligence to make sure people can access their benefits when they need to.” Advocates for the poor agreed, suggesting, as did Terry Scanlon of the Colorado Center on Law & Policy, that they saw the legislation as “unnecessary regulation that could prevent access to benefits needed by low-income Coloradans.”

If federal authorities see a trend toward public assistance cash withdrawals in pot shop ATMs, will they intervene?—Rick Cohen

More about: Policies and Laws