Comic Relief’s Investments in Guns, Alcohol, and Tobacco Not So Funny 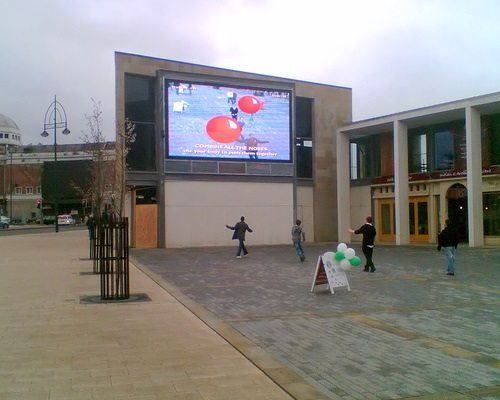 On BBC One, Comic Relief’s sketch with Rowan Atkinson (“Mr. Bean”) as a fictional Archbishop of Canterbury who compared the disciples of Jesus to the pop singing group One Direction generated the most complaints of any televised program in the UK in 2013. But they might have been more aggrieved by the BBC’s decision in October to cancel a planned airing of a BBC Panorama investigation of Comic Relief and purportedly other charities as well concerning how they invest the funds they raise.

The documentary was cancelled at the behest of BBC executives with close relations ties to Comic Relief, but the BBC’s director general, Tony Hall, and its news director, James Harding, intervened and arranged to have the show aired on December 10th. Since the airing, Comic Relief has been under some fire for investment policies that seemingly contradict the values of the charity.

The Panorama show says that the investments include significant sums in BAE Systems, a weapons manufacturer, the alcohol firm Diageo, and £3 million in tobacco companies. The tobacco investments, for example, seemingly contradict Comic Relief’s donations to Target Tuberculosis, a group that says that smoking may be a significant contributor to TB.

Comic Relief defended its investment policy with a statement from an unnamed spokesperson, who said that the charity puts its money into large managed funds just like other charities and pension funds do, arguing, “On balance, we believe this is the approach that will deliver the greatest benefits to the most vulnerable people.” The Telegraph quoted Sam Younger, the head of the Charity Commission, to offer a different perspective: “If a charity says ‘we need to invest for the maximum financial return’ that is right…If they go on to say ‘we therefore can’t have an ethical investment policy,’ that’s wrong.”

In the Guardian, Comic Relief’s top executive, Kevin Cahill, admitted that Comic Relief still had money in such managed funds that invested in weapons, alcohol, and tobacco, but they were “a small percentage, no more than 5 percent of our funds in any of those particular areas.”

That is a slightly different tack than Comic Relief took prior to the Panorama airing. Its law firm, Harbottle & Lewis, undertook a campaign to get the BBC to block the show, saying that the revelations would “damage vulnerable people in the UK and abroad.” After the show, Cahill changed his message to say that he would “of course” prefer to make ethical investments, though he wanted the Charity Commission to provide better guidance regarding the “rules” for ethical investments.

The tagline of Comic Relief is “a just world free of poverty.” But it failed to kill the show, so the Comic Relief front page features a statement on its investment policy, a response to stories in the media, and an explanation of how it raises money. It really doesn’t explain its having turned a blind eye to this array of easily pruned troubling investments. It also doesn’t explain how it could invest in tobacco companies when one of its trustees, Duncan Bannatyne, is on record against any investments in tobacco and made a documentary for the BBC in 2008 attacking a British tobacco company for marketing to African children to encourage them to smoke.

Lessons for U.S. charities: First, as we pointed out in our review of the Washington Post “diversions” series, watch what your investment advisors are suggesting for investments—not only for their potential fraudulence, but, as the Panorama investigation of Comic Relief revealed, for potential lack of symmetry with the your charity’s mission and values.

Second, it is clear that precious little attention is given to the charitable investments of nonprofits in the U.S., partly because simply reading the investment components of Form 990s is nearly investigative journalism in and of itself. The American public—donors as well as the intended beneficiaries of charities—deserve to know what kinds of activities are being supported by charitable investments.

And third, the behavior of the BBC—until the intervention of the BBC director general—was reprehensible. For any charity to squelch facts that the public has a right to know, or ought to know regardless of legal rights and obligations, by leaning on friends in the press is as bad a statement about charitable values as investments in alcohol, weapons, and tobacco.—Rick Cohen