Community Foundations Score BIG with Give Local Day on May 6th 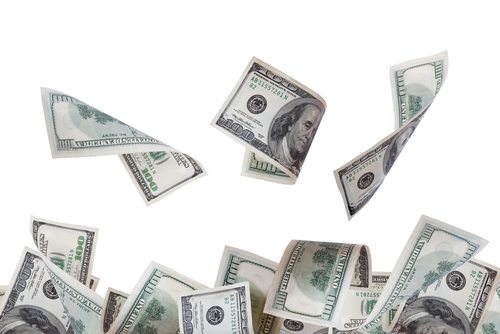 So reads the website for the Lowcountry Giving Day sponsored by the Coastal Community Foundation of South Carolina, but this actually underestimates what was brought in: with incentive gifts, the day raised $4 million.

“I do not know of another day when the people of the Lowcountry gave so much so quickly,” said George Stevens of the Foundation.

All across the country yesterday, community foundations, in celebration of the 100-year anniversary of the nation’s first community foundation, ran “Give Local” 24-hour campaigns to bring donations to area nonprofits. The homegrown campaigns largely took place online, but included challenge grants and other incentives, contests, and community events. In total, according to the Give Local website, $310,156 gifts were given across approximately 80 cities (this number varies in differing accounts) for a total of $51,391,760.98.

But what did this look like locally? In many cases, it was exciting and more than met expectations. In Porter County, Indiana, $132,613.53 in 1,024 gifts were raised for 51 local groups. In Piedmont, $575,000 was raised in a campaign spearheaded by the Northern Piedmont Community Foundation. The Fauquier Health Foundation provided a challenge match of $100,000 to that total.

“Nobody thought it was gonna be that big—nobody,” Northern Piedmont Community Foundation Executive Director Cole Johnson said once the campaign had concluded. Six months ago, Johnson said, she was estimating they might take in around $50,000.

The Charlottesville Area Community Foundation thought it might raise $250,000, but it raised more than twice that from more than 3,800 gifts. Similarly, in San Antonio, the day brought in twice the goal of $1 million at $1,956,537.50; it also featured a local nonprofit CEO on the roof singing until $10,000 was raised.

In all, it appears that the national day celebrating the community foundation as a local institution was a success, both as an event and in terms of stirring up excitement and awareness among givers and nonprofits and local business.—Ruth McCambridge