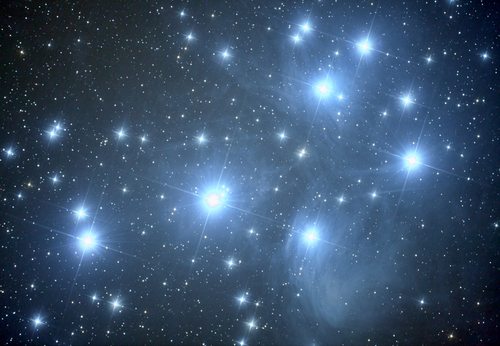 It should be no surprise that the Council on Foundation’s Distinguished Service Award and Robert Scrivner Award nominees are predominantly from the world of community foundations. Winning the Distinguished Service Award, to be presented at the COF Community Foundations conference in Cleveland next month, is Darcy Oman, since 1985 the president and CEO of The Community Foundation Serving Richmond and Central Virginia. The Council named Shelley Trott, the Director of Arts Strategy and Ventures at the Kenneth Rainin Foundation, as the recipient of its Robert W. Scrivner Award for Creative Grantmaking. The story is about Oman and Trott to be sure, but more so about the dozen nominees overall and what they represent for directions in which philanthropy might want to go in order to live up to the goals of “distinguished service” and “creative grantmaking.” A good part of the explanation of the lessons from these awards might be in the increasing visibility and impact of community foundations and perhaps in the stories of foundations that may be in many cases relatively small, but in their communities playing disproportionately significant roles.

One hundred years ago, the first community foundation was established in Cleveland, Ohio. From its origins under Frederick R. Goff in 1914 to today, the Cleveland Foundation has produced individuals of stellar accomplishments—people with long careers at the top rung of the foundation, such as the widely admired Steve Minter (himself a Distinguished Service Award winner in 2003), and many younger and not-so-young foundation grantmakers whose grantmaking skills and creative problem solving were supported there. Among the former Cleveland Foundation staff who have helped educate the field—and this author—about the important nexus between philanthropy and social change nonprofits are, in our experience, India Pierce-Lee, Gita Gulati-Partee, and Jay Talbot, to name three.

In the Council’s approach to both the Distinguished Service and Scrivner awards, according to the manager of the awards program, Daria Teutonico, these awards highlight the work of individuals within foundations—“to personalize and humanize the work” of foundation executives and staff. With the energy in the community foundation world due to the centennial of the Cleveland Foundation, community foundation leaders are well reflected in the nominees for both awards.

There may be a reason beyond the fortuitous community foundation timing. For most of the public, the work of foundations and the people in foundations is murky. Institutional philanthropy in our society doesn’t stand out for transparency and accessibility, but community foundations and their leaders are generally on the other end of the continuum. Community foundation leaders like Distinguished Service nominee Paul Grogan of the Boston Foundation [full disclosure: this author worked for Grogan at the Local Initiatives Support Corporation] are locally visible players. Whether one likes the specifics of Grogan’s public interventions or not, there is no question that debates about the cap on charter school expansion in Massachusetts and overall questions of public school finance in Boston generally involve TBF’s Grogan in a major way. With fewer local opportunities for comparable press coverage, other community foundation leaders, like the Santa Fe Community Foundation’s Brian Byrnes, also show up with public profiles on important issues—in Byrnes’ case, also in the educational arena with the foundation’s active involvement this past year in trying to tackle Santa Fe’s school dropout problem. In the case of Distinguished Service finalist Steve Seleznow, that visibility came from the management of a significant evolution for the foundation.

That sort of publicity visibility is reflected in the character of the two award winners. Oman and Trott themselves present interesting qualities that might inspire their colleagues across the nation. In Richmond, Oman has been personally involved in much of the community foundation’s most important ventures into issues concerning the city and region, including the Richmond AIDS Partners, the Safety Net Fund (a $1 million commitment from the foundation that was matched by $2 million to help vulnerable families most affected by the economic downturn), and the Northside Initiative for Older Youth (assisting five community-based groups in a continuum-of-care approach for young people between the ages of 14 and 24). Trott’s distinctively creative grantmaking role could be seen in the Kenneth Rainin Foundation’s support for the Community Arts Stabilization Trust, working with the Northern California Community Loan Fund to help small arts organizations in San Francisco acquire (or lease) and maintain affordable arts and culture spaces for their operations.

We would guess that Oman and Trott, like the other nominees, would quickly acknowledge that their achievements were hardly theirs alone, but involved a team of colleagues who made their most important programs happen. That being said, we also know that to move foundations, which sometimes don’t move with much agility, inspirational leadership is necessary, and people like Oman and Trott were, if the letters supporting their nominations were on target, vital sparkplugs for making philanthropy responsive in their communities and with their constituencies.

They would also be willing to acknowledge the achievements of the other nominees. Sorting through the nominees’ backgrounds reveals examples of service and creativity worthy of emulation. At the San Diego Community Foundation, CEO Bob Kelly provided the leadership for the development of 10 community development corporations nearly twenty years ago, leading to a vibrant CDC environment that LISC helped maintain and support over the years. Through Kelly’s leadership, the community foundation was intimately involved in San Diego’s City Heights Revitalization Project. It is hard to imagine that San Diego’s current community development work in City Heights, as well as neighborhoods such as Colina Park, Logan Heights, and others, would have continued without the active engagement of the community foundation.

The Spartanburg County Foundation’s Mary Thomas was nominated for a distinguished service award, though she had previously been honored with the Scrivner creative grantmaking award in 2006, becoming its first African-American winner. Reflecting Thomas’s own background as a community activist, one of the foundation’s most distinctive programs is its Grassroots Leadership Development Institute, creating and training a cadre of alumni grassroots activists devoted to social change in a region and state that sometimes shows more than a little resistance.

The nomination explanation describing Marla Tofle’s qualifications is particularly striking, given the dynamics of the past year concerning the nation’s immigration reform impasse. At the Napa Valley Community Foundation, Tofle spearheaded the creation of the One Napa Valley Initiative. As the documentation explained:

“Three years ago, Napa County was quickly becoming a place that was not welcoming, sometimes downright hostile, to the estimated 11,000 immigrants who call our community home, and residents of Napa became US citizens at a lower rate than people in the rest of the state…In just three months, Marla identified the types of services that would be needed to help more people become citizens and active in civic life, brought nonprofits together, and established a plan…Since last July, ONVI has helped almost 400 people with legal naturalization services, approximately 100 have submitted applications to become US Citizens; and nearly two dozen have actually become US Citizens.”

It isn’t simply a foundation task for Tofle, as she apparently is a regular volunteer at Citizenship Legal Services, funded by the Community Foundation to provide access to immigration attorneys at a low