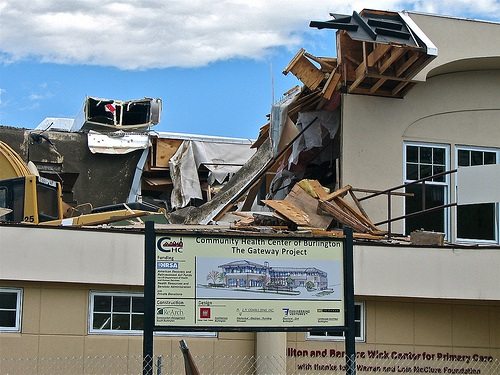 While there are plenty of glitches and potholes affecting the implementation of the Affordable Care Act (ACA), as the Cohen Report described last week, one area of progress has been in the expansion of community health centers’ programs in primary health-care delivery due to $11 billion over five years in funding for them in the context of national health-insurance reform. The purpose of the funding is to prepare community health centers for what is expected to be an increase in patients with new coverage through private insurance and Medicaid under the ACA.

Presumably, due to the ACA-expanded coverage, previously uninsured people won’t have to go to hospital emergency rooms, but they will be able to access medical care through health centers which will now be able to get reimbursed for their expenditures. Historically, community health centers have treated patients with or without health insurance, but the expanded coverage means that very low-income patients who might have second thoughts about going to places other than nonprofit or public hospitals can now more freely seek medical care from a variety of providers.

In Alabama, three community health centers in Calhoun, Cleburne, and Talladega counties are gearing up to the anticipated demand with a new facility in Cleburne, renovations at the center in Talladega, expanded operating hours in at the center in Anniston (Calhoun County), and additional physicians and nurse practitioners for all three sites. Already, the three centers, all owned by Quality of Life Health Services, serve a total of 61,000 area residents annually. Like other community health centers around the nation, these three get a large proportion of their operating revenues from Medicaid reimbursements.

While the ACA money is geared toward expanding health-center capacities to deal with the influx of new patients as of 2014, current funding for health-center operations is being cut. The Anniston Star article says that $600 million was cut from federally supported health centers in 2011. For FY 2013, the sequester cut between $115 million and $120 million from federal funding for health centers, which the National Association of Community Health Centers estimated reduced the ability of health centers to serve 900,000 people nationwide. While the impact of the sequester wasn’t immediate on March 1, it will hit sometime before the fiscal year ends in September.

For the three centers in Alabama, there is another challenge. Alabama governor Robert Bentley has said he will not agree at this time to expand the Medicaid program to cover people up to 138 percent of poverty as allowed for in the ACA. If Alabama does conclusively opt out of the Medicaid expansion, it means that a population of people who are above current Medicaid income eligibility but too poor to purchase private insurance will be left to make do with whatever free or charity care they can find.

Here is the odd thing. Federally funded community health centers, like Quality of Life Health Services, are 501(c)(3) nonprofits. Governor Bentley apparently wants structural changes in the state Medicaid program before he agrees to its expansion. One change supported by Bentley’s administration is a bill being considered by the state legislature, according to the Star, “to turn over control of the delivery of care through Medicaid to for-profit companies by 2017.” This sounds like an attack on nonprofit health-care providers that warrants nonprofit-sector attention, response, and action. –Rick Cohen