Congress About to Reconsider Food Stamps, but Will Results Be Any Better? 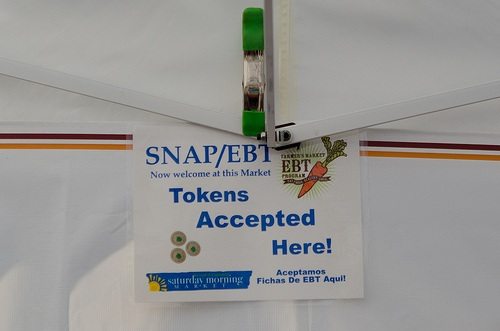 The farm bill is alive again, but the provisions that would have devastated the Supplemental Nutrition Assistance Program are gone. Remember the killer language on food stamps? The original bill pushed by House Republicans would have cut $20.5 billion from the food stamp program over 10 years. That huge budget cut wasn’t enough to drive enough Democrats off from supporting the bill, but a pile of additional punitive measures convinced some Democrats to bolt—and convinced some Republicans that the bill wasn’t punitive enough.

Typically, the farm bill has included SNAP, which accounts for 80 percent of the farm bill budget authority ($743.9 billion of the estimated $972.3 billion cost of the bill). Many Republicans view SNAP as a program to benefit urban areas that’s included in the farm bill in part to get urban support for the assortment of farm subsidies. Now it appears that House Republicans, such as Agriculture Chairman Frank D. Lucas and Majority Leader Eric Cantor, have supported divorcing the food stamp provisions from the rest of the farm bill.

Human service nonprofits were understandably distressed by the food stamp provisions in the original bill. Is the farm bill split a better idea?

The split will allow Congress to specifically aim at farm subsidies which, some might be surprised to learn, have their critics among conservatives as well as Democrats. Without SNAP, Republicans who favor big subsidies for agriculture might not be able to attract necessary Democratic votes to offset the opposition of Republican free-market opponents.

The likely Republican House treatment of the SNAP provisions in separate legislation might be no less devastating than its strategy in the pre-divorce bill. That would lose Democratic support for a food stamp deal. The result could be that the split farm bill might fail on both sides because of its inability to attract support from across the aisle. As a result, there is an emerging movement by agricultural groups telling House Speaker John Boehner to reject the split and maintain a unified farm bill.

As it was put by the Kansas City Star, in voting for two bills or one unified bill, “House Republicans will have to explain why they support billions in taxpayer subsidies for farmers, including themselves and some relatives, while cutting billions in subsidies for the poor.” The Star concludes, “A farm-subsidy bill without food stamps has zero chance of passing the Senate. A stand-alone bill that dramatically cuts food stamps also has no chance of passing in the Senate.” If they are concerned about hunger and poverty, human services nonprofits will have their work cut out for themselves in trying to get a decent food stamp bill passed that doesn’t leave millions without this crucial subsidy.—Rick Cohen