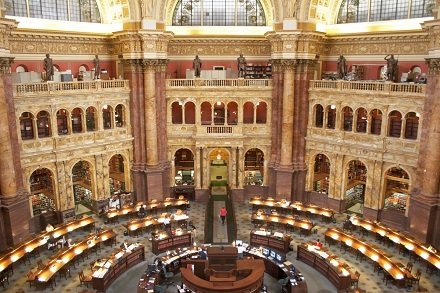 Contrary to public knowledge, Congress does have a jobs program underway—for its own family members. A new report from Citizens for Responsibility and Ethics in Washington (CREW) details how the family members of more than half of Congress are benefitting from ties with their lawmaker relatives, including 82 House members who paid a total of 117 family members to work in their Congressional offices, campaign committees, and political action fund organizations. Congressman and presidential candidate Ron Paul is paying the largest number of family members (six). Rep. Jerry Lewis (R-Calif.) appears to be paying the most; Lewis paid his wife $512, 293 during both the 2008 and 2010 election cycles to work in his congressional office as his administrative assistant. But don’t think that this is an attack on a bunch of Republicans by a Democratic-leading watchdog. CREW also notes that Alcee Hastings (D-Fla.) paid $$622,574 to his girlfriend and Maxine Waters (D-Calif.) paid her daughter and grandson a combined total of $495,650; Waters’ grandson was paid for work as her congressional chief of staff.

Indeed, CREW lets the data lead wherever it does, which is ultimately to a picture of members of Congress from both political parties that are making their relatives gainfully employed, and comfortably compensated:

· 90 members (42 Democrats and 48 Republicans) have paid a family business, employer, or associated nonprofit.

As NPQ, we are of course especially interested in the funding and employment at nonprofits associated with the legislators. CREW’s report contained a variety of nonprofit tidbits such as these:

There are plenty more. No one is saying these are bad nonprofit organizations, but they are receiving earmarks and benefits outside of the competitive process that others in their fields have to follow. In many cases, the presence of a family member working in these groups’ development, institutional advancement, or government relations shops creates the impression that the relationship with a sitting member of Congress was beyond helpful. –Rick Cohen