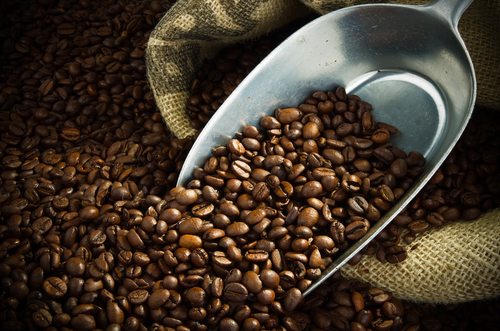 The third time was a charm. After two unsuccessful previous attempts, the Connecticut legislature has finally based legislation authorizing the creation of benefit corporations. According to Elizabeth Kim, the Stamford Advocate reporter covering the story, the legislation is the green light for “companies [that] take on the mission of helping society or the environment while also carrying out the traditional corporate goal of maximizing profits.”

“This idea is one that’s really been pushed by entrepreneurs who want to make a difference,” said lawyer Hillel Goldman, who testified in front of a legislative committee in support of the legislation on behalf of the Connecticut Bar Association. “Unlike traditional corporations where the fiduciary duty of the officers and directors is to maximize shareholder profit, the fiduciary duty for officers and directors in a benefit corporation is to maximize the dollars going to the organization’s social mission.”

Goldman’s clientele includes Bryan Nurnberger and his organization, Simply Smiles, based in Norwalk, Connecticut. The mission of the group, founded in 2003 by Nurnberger, is that it “provides bright futures for impoverished children, their families, and their communities…[relying on a] personal and holistic approach means we are providing food, clothing, shelter, medical care, education, infrastructure, jobs, pride, dignity, hope, and solutions.”

In terms of concrete programs, Simply Smiles is engaged, it says, in building new prefabricated homes at the Cheyenne River Sioux Tribe Reservation in South Dakota, which, with free land, free septic, and free volunteer labor, can be built for a cost of $60,000 a unit. In the Zapotec village in the Oaxaca region of Mexico, Simply Smiles has another program, a multi-faceted effort addressing food and meals distribution, healthcare, new homes, and a new school. From Oaxaca, Simply Smiles has also generated a business arm marketing fair trade coffee, with the pledge that the profits go to “buy food, build schools, provide medical care, grant scholarships, and much more.”

It is the Simply Smiles coffee program that Nurnberger anticipates registering as a benefit corporation in Connecticut. “[The legacy provision of the new law] protects our intentions,” Nurnberger said. “It will make sure that Simply Smiles operates the way I envisioned it operating forever.” The legacy provision, according to Kim’s article, permits benefit corporations that were in existence for two years prior to the legislation to lock in their social mission for perpetuity.

While there might be threats to the social missions of other benefit corporations, given Nurnberger’s role in founding and directing Simply Smiles, it is a little difficult to imagine where pressure to change this organization’s social mission might come from. Is Nurnberger wise, though, to think that the organization should operate forever the way he envisioned it at the outset, locking in the mission in perpetuity—even assuming the mission fully encapsulates the production and marketing of fair trade coffee grown by Oaxacan farmers? Emerging research on fair trade coffee has indicated that the mechanisms haven’t always operated as well as intended, in part due to quality and cost issues related to the fair trade coffee itself, in part with the certification processes of the two major fair trade coffee entities, and partly due to fluctuations in the market.

Free trade coffee isn’t new to Oaxaca, either; there are organizations, including cooperatives, with fair trade coffee production as a central theme that exist in Oaxaca which predate Simply Smiles. In 1982, the Union of Indigenous Communities was formed, with 5,000 families organized as a cooperative in the Isthmus region of Oaxaca, using revenues from the sales for schools, health clinics, a hardware and farm supply center, and even a public bus line. The fair trade coffee production of the Zapotec communities where Simply Smiles has operated has been the subject of intensive research and a book (Brewing Justice). Quite well known is the Coordinadora Estatal de Productores de Café de Oaxaca (CEPCO, translated as Coffee Growers Association of Oaxaca), created in 1989, which combines the efforts of 34 regional and community-based associations in the state representing thousands of indigenous farmers. Perhaps Simply Smiles provides another outlet to the market for indigenous coffee-growing farmers or reaches farmers who haven’t yet been reached through existing structures.

Nurnberger and Simply Smiles have been visibly connected with this effort to pass benefit corporation legislation in Connecticut. With appropriate thought and sensitivity, Simply Smiles, likely to be among the first official benefit corporations in Connecticut, may be a useful component of the picture of improving the conditions of coffee-growing farmers in Oaxaca. However, the success of whatever Simply Smiles currently does or might do in the future isn’t tied to its structure as a benefit corporation. In Oaxaca and in other coffee growing regions, indigenous social enterprises, community-based and community-controlled, structured as cooperatives, have been addressing the priorities of small Oaxacan farmers for some time. Much more important are the quality, community connectedness, and accountability of Simply Smiles’s intervention in the Oaxaca region, regardless of whether Simply Smiles’s fair trade coffee program is a nonprofit, a for-profit, or a hybrid.—Rick Cohen