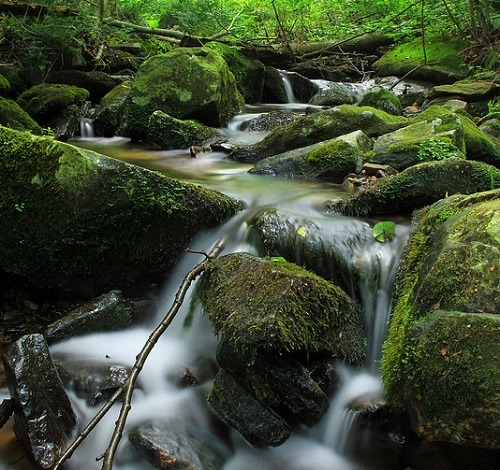 Environmentalists and conservationists have long been accused by their detractors of “putting critters above people” for failing to account for the economic impact of conservation on communities. A recent study by the University of Tennessee seems to affirm that they at least fail to account for economic conditions in their own operations, according to a press release sent out by the school this week and reported in the Washington Post.

The study showed that environmental organizations do little to respond to changing economic conditions. The authors found few changes in four key areas: liquidity, diversification of revenue sources, personnel spending, and ratios of assets to liabilities.

The release says, “The study finds that nonprofit organizations aiming to protect biodiversity show little evidence of responding to economic signals, which could limit the effectiveness of future conservation efforts.” It was published in the academic journal Ecology and Evolution.

The study acknowledges that the relationship between economic conditions and conservation efforts is complicated:

“On the one hand, funding for conservation depends on a booming economy, which swells state coffers and increases membership dues, service revenues and philanthropic giving. On the other hand, economic growth is often perceived by conservationists as a threat to habitats and ecosystems because of more demand for raw materials and increased development, waste and pollution.”

The study was praised by America’s largest conservation nonprofit, the Nature Conservancy, which got a lot of attention in the report: “Employment, the stock market, a recession—they are all assumed to impact how conservation organizations do their work. But it is all talk and no data,” said its chief scientist.

The Post reported on the study’s results, pointing out:

“The results support an increasingly influential theory that political behavior is driven largely by moral value systems that suffuse our entire lives, and pervade every aspect of what we do (not just the political). In this context, it is very understandable that greens don’t just clash with industry when it comes to many environmental issues—they also run their own houses and operations very differently.”

“This is the first study I know that actually used hard-nosed analysis to find out how conservation organizations change their behavior, or not, in response to economic shocks.”

Nonprofits are key players in managing society’s investment in biodiversity—in the U.S. alone, they channel billions of dollars into the conservation of species and habitat, but the report says that “how effectively they manage these revenue streams depends on how well they cope with changes in the wider economy.”

“Conservation nonprofits need to come up with strategies to deal with times of economic growth and recession if they are to achieve their goals effectively,” said the study’s lead author. His team examined conservation nonprofits’ tax filings over a 10-year period that included a period of rapid growth as well as the 2008 recession; they were surprised at how little evidence there was of responsiveness to economic conditions.

“Conservation scientists pride themselves on developing strategic tools to help organizations prioritize ways to spend conservation funds. But as soon as we broaden the focus a bit to consider whole-organizational behavior, we see little evidence of strategy. Instead what we see is a sector that looks very much like it is just trying to muddle through.”

The authors interviewed nonprofit leaders about organizational strategies, and did not find that organizations employed orderly, proactive strategies to deal with changes in the economy, instead often operating opportunistically. The goal of the study was to encourage conservationists to plan for and respond to fluctuations in the economy effectively.—Larry Kaplan