Considering “The Future of Journalism and Why It Matters To Philanthropy” 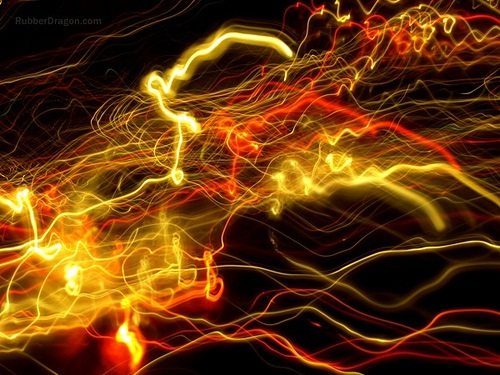 It’s a little unfair to sit through a panel of 90 minutes or so and laud it for what it covered and rap it for what it missed, but in a way, that’s the challenge of conference sessions at the Council on Foundations’ annual meeting. Listening to the discussions is a matter of looking for trends and patterns: What are the big ideas that are gaining traction among funders, what are the concepts that are increasingly “common currency,” and what has turned into yesterday’s news?

With that caveat, here are some reactions to the issues discussed in the panel, “The Future of Journalism and Why It Matters to Philanthropy.” As distinct from the simultaneous plenary that followed on media and democracy, this session was quick to get to the heart of the issue for media funders and grantees alike. Robert Rosenthal of the Center for Investigative Reporting (CIR) offered an early summary of the answer: “High quality information that protects and serves democracy is not only an ideal, but will be successful in business terms.” In fact, if there was an overwhelming message in the panel, it was Rosenthal’s contention that funders have to understand a new generation of journalists motivated by creative ways of storytelling.

Oddly for a professional association that is always fretful about how it is portrayed in the media, or sometimes even whether it is portrayed at all, one topical news silo that escaped discussion at this Council on Philanthropy panel was nonprofit media that provides daily or near-daily coverage of nonprofits and philanthropy, a space that Nonprofit Quarterly shares with the Philanthropy News Digest, the Non-Profit Times, the Chronicle of Philanthropy—granted, the Chronicle isn’t a nonprofit—and not many others. The coverage of 1.48 million 501(c) tax-exempt entities, including 1.08 million 501(c)(3) public charities, not necessarily including churches and other religious bodies, employing an estimated 15.59 million workers, is a significant news silo not to be overlooked, although it routinely is. It’s a big sector of news to be missed.

Even more at odds with the evolution of news and the nonprofit sector is the blurring of the lines between journalists and the public. That is especially true about the nonprofit sector, where organizations such as Nonprofit Quarterly endeavor to elevate nonprofit leaders into seeing themselves as able to tell their own stories, write collaboratively about what they see and experience, and get closer to the truths and trends of the nonprofit sector than disconnected observers could ever be. How many times do nonprofits turn to the press and bemoan the significant lack of understanding reflected in press coverage of nonprofits and foundations? How often do they listen to academic gatherings and sense that so many are out of touch with what they are experiencing on the ground?

Increasingly, the challenge is to help nonprofits see themselves as collaborative journalists working with the nonprofit media or citizen journalists telling the stories of their work in ways that only they and their constituents, colleagues, and clients can. That’s the challenge of nonprofit journalism—not just telling nonprofit stories, but elevating the ability of nonprofits to tell their own stories with a journalistic lens.

“Quality information has value,” Rosenthal concluded. We’d add that nonprofit media represents a critical aspect of the nonprofit sector’s contribution to a specific value of small-“d” democracy. Hopefully that’s what foundations can see as the rationale for why journalism matters to philanthropy.