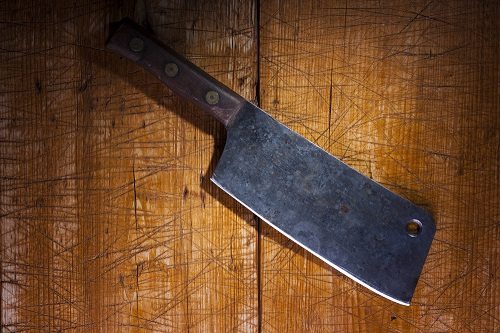 And in other news, the federal government won’t be shutting down—at least not in the next six months. The House of Representatives approved the Senate’s six-month continuing resolution to keep the government funded and operated largely at last year’s funding levels…except that this new continuing resolution did not undo the $85 billion in sequestration cuts scheduled for this year. The meat cleaver-style across-the-board cuts will take place between now and the end of the fiscal year on September 30th. As we have reported before, the chaos of the sequester has federal agencies guessing at what they will have to do to implement the cuts. The new bill, according to the Washington Post, “includes provisions that will blunt the impact of the sequester.”

How? It appears that some agencies have been given permission to reallocate funds along program lines to protect some programs from the impact of the cuts. The first widely cited example came from the Pentagon, which quickly announced its intention to delay planned furloughs for as many as 800,000 civilian employees. A Daily Kos blogger examined the continuing resolution and companion appropriations bills and concluded that the package “effectively neutraliz[es] the effect of sequestration’s draconian across-the-board slash on DoD.”

A similar shift, due to an amendment authored by Sen. Roy Blunt (R-Mo.) and Sen. Mark Pryor (D-Ark.) allowed the Department of Agriculture to move money to avoid a $52 million cut in the Food Safety Inspection Service, which does meat and poultry inspections. Sen. Barbara Mikulski (D-Md.) issued a press release detailing other sequester-dampening changes in the Senate version of the legislation, including adjustments to pay for federal assistance for 1,500 new police officers; funds for training and equipping firefighters; more money for the National Science Foundation; Homeland Security funding to improve cyber-warfare protection capabilities; money for research on cancer, Alzheimer’s, and diabetes; and full funding for highways and transit programs. The only safety net provisions that got similar enhancements were Child Care Block Grants and Head Start, which found additional funding.

Some amendments didn’t gain traction. Sen. Ted Cruz (R-Tex.) tried to defund the Affordable Care Act but failed. Sen. Tom Coburn (R-Okla.) tried unsuccessfully to transfer money so that White House visitors’ tours could be resumed. Coburn did get his colleagues to approve an amendment prohibiting political science research and funding at the National Science Foundation. But evidence that the members of the Senate and House were assiduously cooking up strategies to protect domestic discretionary spending affecting the poor and working class just wasn’t much in evidence. Do members of Congress truly fail to grasp the human dimensions of sequestration? —Rick Cohen