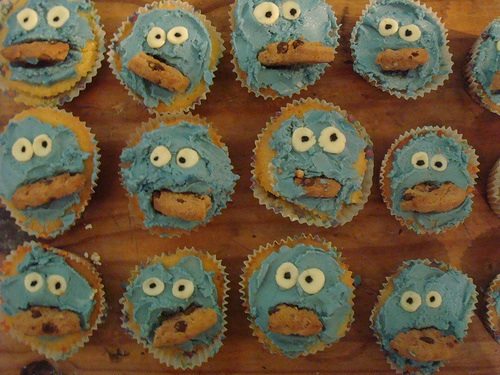 Tired of being bombarded with online ads about how to lose 50 pounds in one week or how to receive auto insurance for just $10 with “one weird trick?” The popular Internet browser Firefox, brought to you by the nonprofit Mozilla Foundation, is about to nix a large category of online ads for its users by automatically blocking third-party cookies, which marketers use to follow users as they surf around the World Wide Web. The ads that Firefox plans to short circuit are derived from sites where users haven’t actually visited (hence the “third-party” label). Advertising from sites users have actually visited (“first-party” ads) will continue unabated.

In the Twitter-sphere, Mike Zaneis, senior vice president and general counsel with the Interactive Advertising Bureau, bemoans the step as a “nuclear first strike against [the] ad industry.” However, according to Stanford University Internet researcher Jonathan Mayer, Apple has had a slightly more stringent anti-cookie policy for ten years. Microsoft has also recently implemented a default “do-not-track” setting for Internet Explorer 10, the latest iteration of its Internet browser. Zaneis’ own followers replied to his bitter Twitter cry with a variety of opinions.

Christopher Soghoian’s Twitter account blamed marketers themselves for abusing their privilege: “Surely the ad industry repeatedly abusing browser privacy/security flaws to track users w/o consent was the 1st-nth strike?” Twitter user Bill Irvine retorts that privacy concerns are overblown and that “this measure is akin to closing sidewalks because some people look in your windows when they walk by,” later adding, “your credit cards sell very-personal info about you – why outrage over anon[ymous] cookies?” Another Zaneis follower cryptically stated that Firefox’s move is “risky.”

Some question the assertion that Internet use can ever be truly anonymous, as marketers continue to conjure up more clever means of capturing consumer information, as the Wall Street Journal reported in December. Perhaps shutting down advertisers in a major way will force ad vendors to resort to even more intrusive means of getting Web surfers to buy things; it might also chip away at the revenue-generating model of any number of businesses dependent upon advertising.

As NPQ noted last month, the Mozilla Foundation, the creator of Firefox, announced that it will introduce an open-source mobile operating system later this year, which may lead to lower cost smartphones, especially in emerging markets. The cookie-blocking move is slated to be included in a new version of Firefox to be released as early as this spring. Mayer says the change will come with limited impact: “[A] few websites may require a tiny code change to accommodate Firefox in the same way as Safari.”

The consequences of Firefox’s move likely depends in large part on the response or lack thereof from other browser companies engaged in the escalating battle for the hearts and minds of Internet surfers like you and I who may bristle at marketing intrusions that we find to diminish the online experience. NPQ wants to know: if you aren’t using it already, will Firefox’s new ad blocker inspire you to try this Internet browser? –Louis Altman