Counting on the Corporate Sector for Social Responsibility—Not 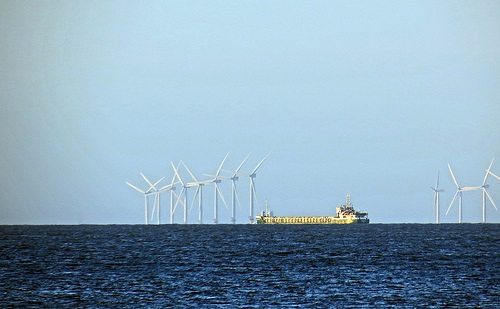 The recent Forbes article by Paul Klein, the president and founder of Impakt (yes, with a “k”), which exists to help “corporations and non-profit organizations to become social purpose leaders,” and Melina Martin, the community investment and corporate brand chief of Time Warner Cable, was a fun read for its imaginary future of ExxonMobil, leaving the fossil fuel extraction business by 2025 and becoming a certified B corporation dedicated to renewable energy.

“We predict that 2015 will mark the beginning of a long-term transition of the role and purpose of the world’s largest public companies and the value chains they control,” Klein and Martin wrote. “The new imperative for business leaders will be to embrace the idea that the viability of their businesses depends on solving the world’s most pressing societal issues.” To them, the plans are already underway at corporate behemoths such as Pfizer, Nestle, and Microsoft. “An intersection is coming where society will expect corporations to fill the void in the face of government cuts, and, likewise, corporations will expect their societal influence to increase as their social capital becomes the force of change in communities, countries and even entire global industries,” predicted Jeffrey Puritt, the president of TELUS International. Heck, who needs nonprofits when profit-minded corporations like ExxonMobil and Nestle, according to Nestle’s president of corporate affairs, Paul Bakus, will lead us to a future that “may look more like a rediscovery of the social purpose of business.”

“Rather than a company saying, ‘Well, we give a million dollars to Covenant House and Boys and Girls Clubs,’ which is what we’re used to saying, it should say, ‘We’re going to eliminate youth homelessness by 2025,’” pronounced Doug Bannerman, North American head of social responsibility for Statoil, the Norwegian energy company that is active in oil shale mining activities in Alberta, in Ohio, and elsewhere in the world. “That’s a much more bold goal, and I think that’s the kind of thing that we need to do inside all of our companies.” Perhaps Statoil will find a way of getting B Corp status due to its state-of-the-art approaches for managing the risks of fracking.

That’s unfair to Statoil, ExxonMobil, Nestle, and the other corporations. There are good people in all of these corporations who want to see their corporations do good—and do more than give a million dollars to Covenant House (though million dollar philanthropic grants wouldn’t be bad). However, the extent to which these corporations pull out of fossil fuels and make social responsibility their purpose in business won’t be because of an “impaktful” reconsideration of their business missions, but because of the watchdogging and advocacy of the nonprofit sector trying to reduce the almost unfettered power of big corporations.

When Statoil can imagine a corporate goal of doing away of youth homelessness, it is implicitly referencing the massive resources at the disposal of big corporations compared to the scant resources available to nonprofits. But it is the much smaller but persistent efforts of social advocates that add up to movements that compel corporations to deal with issues such as homelessness or, more to the point of ExxonMobil and Statoil, fossil fuels and fracking. Every instance of institutions like the city of Burlington, Vermont, or the Christian activists who pressured the Church of England to announce their interest in divesting from fossil fuels adds up to another nudge for the big corporations to change their business models. Perhaps Nestle has a strong social responsibility interest, but in California, it is circumventing state regulations on bottling water due to the state’s long-lasting drought by moving its operations to an Indian reservation, where it can pump water from the Millard Canyon aquifer. If it weren’t for an investigation by a Pacific Institute researcher several years ago, one wonders whether there would be any public discussion of Nestle’s deal with the tribe to pump water out of the desert for commercial bottling. If there were strong corporate watchdogs, perhaps someone might have noticed Pfizer’s contributions to the political campaign of the Missouri Attorney General Chris Koster, followed by an invitation to him to be a keynote speaker at a Pfizer corporate breakfast that led, according to reporting by the New York Times, to Pfizer getting off somewhat lightly for having illegally marketed two drugs with exaggerated claims of their effectiveness.