The Women’s Media Center project has launched Women Under Siege, an online initiative to track sexual violence in Syria. Using the crowdsourcing software Ushahidi, Women Under Siege collects documentation of sexual assaults in real time as the mistreatment of women continues to be an abysmal and pertinent issue in Syria. The crowd map compiles a visual depiction of these cases so people can see the abuses across the globe. The website also provides reports of each abuse and has several different categories of cases—from groping by government forces to sexual penetration. Women Under Siege also aims to urge others to initiate action plans to create political and public interventions so that organizations can understand and hopefully control gender-based threats internationally. 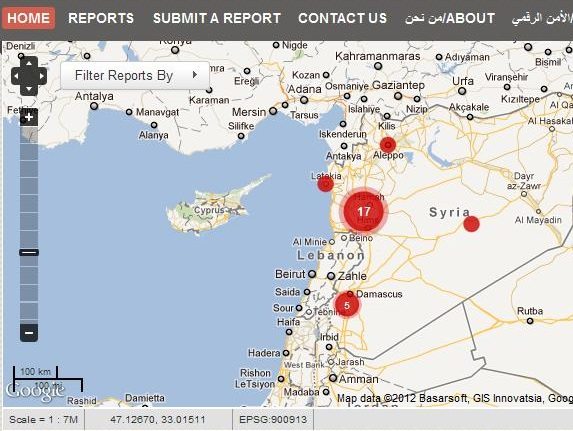 Women Under Siege began its initiative in February, and has traced sexual violence in other regions, such as the Darfur-Sudan area, Bangladesh and Libya. For the very first time, the project is now recording the cases in real time in Syria. In an interview with Mashable, Director of Women Under Siege Lauren Wolfe said the group is working with doctors and public health officials in the U.S., as well as aid and refugee workers abroad, to examine each case as it comes in. The organization is also reaching out to the online community to send in any reports of sexual abuse through SMS, e-mail, and Twitter (using the hashtag #RapeinSyria).

Wolfe also stated that she is aware of how dangerous it could be for victims to reach out to the organization: “Confirming rape is so problematic in the eyes of the world. For a woman to go against her community, which is telling her that it’s shameful, to seek out medical or legal help … it’s almost impossible.”

“I’m sort of actively discouraging anyone in Syria from actually going on our site,” Wolfe said. “It’s so unsafe … I was warned by a tech security expert that I would be working from the most-advanced to the least-advanced [people] in terms of technology.” Instead of relying on accounts coming from within the country, Women Under Siege is collaborating with refugee communities and journalists in Jordan, Lebanon and Turkey.

Wolfe is hopeful that this new crowd-mapping technique will create a new kind of understanding of sexual violence. Do NPQ readers think this method of using online activism and crowdsourcing will lead to a better understanding of violence against women internationally? –Aine Creedon