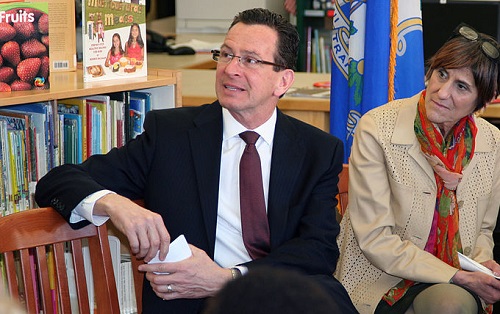 We have been hearing generally positive feedback about the administration of Connecticut governor Dannel Malloy, including his tough stance on preserving safety net hospital functions in the proposed acquisition of several hospitals by the Tenet hospital conglomerate and his funding of housing and community development in the state after years of relative state appropriations neglect. That’s why this op-ed by Patrick Johnson, the interim executive director of the Connecticut Association of Nonprofits, caught our eye.

The headline on Johnson’s op-ed declares, “Connecticut nonprofits are in an abusive relationship…with the state.” That’s strong language on behalf of the nonprofit sector, which is a diverse lot of organizations engaged in a variety of policy and program relationships with the state. Johnson’s argument is that Malloy’s proposed budget continues the “chronic underfunding and additional reductions for essential human services” that have characterized the state’s treatment of human service providers. Johnson points out that the average annual increase in state contracts for nonprofits over the past decade has been less than one percent, much below the rate of inflation.

“The state seems to be in denial that inflation exists for us and the people we serve,” Johnson writes. “Denying the reality of inflation is like saying gravity does not exist and the nonprofit agencies and the vulnerable people we serve should be able to just float above the problems we confront.”

Johnson’s language becomes even more pointed in his definition of the abusive relationship: “We are in an abusive relationship with the state where 20 years ago we had three meals a day and now we are down to only one—grateful for the little we get with nowhere to go,” he says. “Although few nonprofits have gone out of business, a large number are on the brink and many have and will further reduce the number of people they serve. Thus the abused are becoming abusers by joining the state in cutting services to the desperately poor, traumatized children, people with disabilities, families in crisis, children and youth with mental illness” and more.

He claims that nonprofits have had to “balance [their] budgets on the backs of our staffs by reducing benefits, giving no wage increases for five to seven and now possibly nine years. Even Walmart just provided a wage increase.”

Johnson’s op-ed is clearly the opposite of asking nonprofits to do more with less until they are doing everything with nothing. Our questions about the op-ed go in these directions:

NPQ would be interested in hearing from other statewide and local nonprofit associations regarding what they are seeing in the current round of budget battles over government funding for nonprofit human services providers.—Rick Cohen