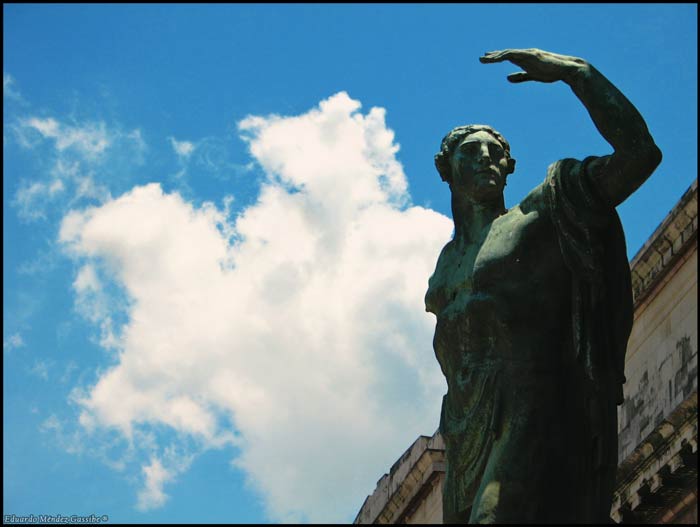 The Latin American School of Medicine, or ELAM (Escuela Latinoamericana de Medicina), was established by the Cuban government in 1999.  The school is designed to provide free medical education to students drawn from throughout the world. Anakwa Dwamena explained in his New Yorker article that ELAM aims “to recruit students from low-income and marginalized communities, where they are encouraged to return, after they graduate, to practice medicine.”

To date, an estimated 28,500 students from 103 countries have graduated from ELAM, of whom 170 are from the US; of the 4,690 students enrolled as of 2017, about 1.8 percent (83 students) are from the US. The student body differs vastly from that at US-based medical schools. In the US, Dwamena notes, Black and Latinx students are about six percent of graduates. But at ELAM, nearly half of the US graduates are Black and a third are Latinx.

ELAM, Dwamena notes, “accepted its first American applicants in 2001, a year after a delegation from the Congressional Black Caucus, whose leadership included Representatives Bennie Thompson and Barbara Lee, travelled to Cuba and held talks with the Ministry of Education about the need for doctors in rural Black communities.”

The cost structure of US medical education helps perpetuate inequality in the profession. Since 1987, only six percent of medical students come from low-income families. One reason: median student debt for graduating US medical students in 2016 was $190,000.

Dwamena highlights the story of Nimeka Phillip to show how these dynamics play out. Philip’s parents did not graduate college, but she worked several jobs and took out loans to pay for her undergraduate degrees in public health and integrative biology, at the University of California, Berkeley.

Phillip came to Cuba for her medical education, in part because she was impressed by the school’s “philosophy of offering a free education for students who pledged to practice medicine in low-income, medically underserved areas,” says Dwamena.

Cuba, of course, is highly respected for its medical system. “The child-mortality rate in Cuba is lower than it is in the US,” notes Dwamena, “and life expectancy in both countries is about the same, even though per-capita health-care spending in the US is the highest in the world.”

ELAM offered Phillip a chance to pursue medicine without incurring catastrophic debt. As Philip puts it, rather than having debt on the scale of mortgages, she graduated with debt the equivalent of car payments. With the support of a US-based nonprofit called Medical Education Cooperation with Cuba, Phillip was able to return to the US each summer, “gaining experience at hospitals in Minneapolis, Oakland, and Washington, DC.”

Philips graduated from ELAM and went on to a residency in family medicine in Henderson, North Carolina. Dwamena quotes her program director, Bryan Hodge, saying the ELAM program finds people with “passion and heart for taking care of underserved patient populations. These are the people needed to close the health-disparities gap.”

In the US, most medical school graduates, no doubt driven in part by the need to pay back high debt, prefer to locate in densely populated urban areas and opt to focus on high-paying areas of specialization like cardiology, radiology, and urology rather than lower-paying primary care. But these decisions carry major social costs. Today an estimated 64 million Americans live in areas where there is only one primary-care physician for every 3,000 people. By contrast, Dwamena points out, “The vast majority of Cuba’s medical students go into primary care. Many of them take up posts in consultorios—doctor-and-nurse teams that live in the neighborhoods in which they practice.”

For Phillip, two key challenges have involved learning to use equipment like CT scanners and MRIs and having to give each patient far less of her time than she would in Cuba. “The Spanish she learned in Cuba does come in handy,” Dwamena observes, as “the hospital holds regular clinics for migrant farm workers, in the local apple orchards and tomato fields.”—Steve Dubb