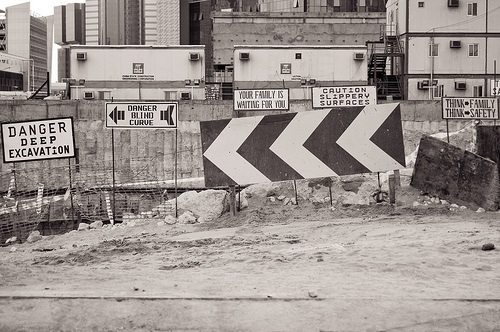 This long but very important read from the New York Times doesn’t directly address nonprofits, but the import for nonprofits is evident. Eric Lipton, one of the best of the New York Times investigative journalists, describes how attorneys general get lobbied by corporations and others that find themselves facing investigations:

“Attorneys general are now the object of aggressive pursuit by lobbyists and lawyers who use campaign contributions, personal appeals at lavish corporate-sponsored conferences and other means to push them to drop investigations, change policies, negotiate favorable settlements or pressure federal regulators.”

The problem, Lipton points out, is that “unlike the lobbying rules covering other elected officials, there are few revolving-door restrictions or disclosure requirements governing state attorneys general, who serve as ‘the people’s lawyers’ by protecting consumers and individual citizens.” That means that the lobbyists may well be former colleagues and associates of the AGs and their staffs, and the former representatives of the “people’s lawyers” may be functioning as the lawyers for corporate special interests. In fact, one group of former attorney generals, now organized under the name Society of Attorneys General Emeritus (SAGE), is notable for most of its members now functioning on retainer for corporate clients.

“The current and increasing level of the lobbying of attorneys general creates, at the minimum, the appearance of undue influence, and is therefore unseemly,” Lipton quoted James E. Tierney, a former attorney general of Maine, to say. “It is undermining the credibility of the office of attorney general.” Tierney runs the National State Attorneys General Program at Columbia University, where Cindy Lott, a frequent speaker and writer on nonprofit accountability issues, serves as executive director and lead counsel to the Program’s Charities Project.

For nonprofits, one of the significant achievements of the Program has been to increase mutual understanding of the pressures and constraints facing both charities and regulators and to build bridges of communications and exchanges of information. Through Lott, the Columbia University program has been an immense contributor to a more positive dynamic of state government oversight of nonprofit behavior and accountability. But it has to be galling at a minimum to capacity-building efforts like the Columbia University program to see the credibility of AGs undermined by their enlistment by corporate special interests and AGs’ decisions second-guessed as the products of high-priced lobbying. That applies double to nonprofits, which are likely to be significantly under-resourced in this new game of lobbying at the AG level and might themselves lose faith in AGs’ oversight.

“An attorney general is entrusted with the power to decide which lawsuits to file and how to settle them, and they have great discretion in their work,” said Anthony Johnstone, a former assistant attorney general in Montana. “It’s vitally important that people can trust that those judgments are not subject to undue influence because of outside forces. And from what I have seen in recent years, I am concerned and troubled that those forces have intensified.”

The AGs’ power of discretion is particularly important regarding nonprofits. Think about the roles of attorneys-general in Michigan questioning whether the New York-headquartered Ford Foundation was devoting enough attention and support to Michigan issues or the intervention of the Missouri AG in the controversy concerning the power of the former CEO of the Kauffman Foundation in Kansas City to modify policies of the foundation. Much of their activity was “jawboning” rather than litigating. In other states, official investigations conducted by AGs, such as that in Montana concerning Greg Mortenson and the Central Asia Institute, revealed significant latitude in the remedies AGs recommended or omitted.

At the federal level, a number of former directors and senior staff of the IRS’s Tax Exempt and Government Entities divisions are already working as legal counsel or lobbyists for nonprofits that sometimes look more “special interest” or self-interested than concerned about the general welfare of all nonprofits, large and small. With the reputational collapse of the division due to the Lois Lerner imbroglio, many nonprofits have increasingly looked to the state AGs and their charity officers as bulwarks of reliable oversight, trying to balance regulation and accountability in a way to boost the nonprofit sector without an impression of special interests lobbying one way or the other. Eric Lipton’s article might send a chill up many a nonprofit leader’s spine as they contemplate what might happen with state AGs’ discretionary oversight of nonprofits of dubious provenance or of entities like benefit corporations and L3Cs that might want to do what nonprofits do, but with much less evidence of nonprofit-like transparency and accountability.

Lipton’s article is worth a close read whether you are concerned about AGs’ interactions with nonprofits or not. But if the credibility of AGs is being chipped away as they become increasingly entangled with special interest lobbyists, nonprofits had better step up to monitor the slice of government that monitors them—and be sure to keep a special eye out for AG actions that suggest that they are falling prey to special interest lobbying.—Rick Cohen