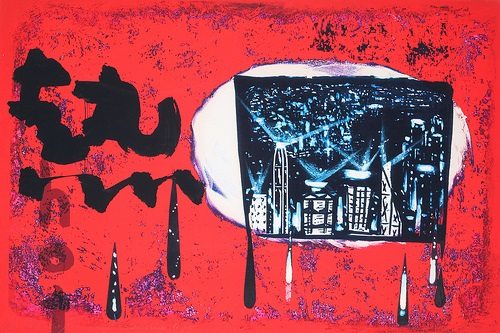 “The climate change countermovement has had a real political and ecological impact on the failure of the world to act on the issue of global warming…Like a play on Broadway, the countermovement has stars in the spotlight—often prominent contrarian scientists or conservative politicians—but behind the stars is an organizational structure of directors, script writers and producers, in the form of conservative foundations. If you want to understand what’s driving this movement, you have to look at what’s going on behind the scenes.”—Robert Brulle

A new peer-reviewed study coming out of Drexel University and published in Climatic Change finds that the climate change denial movement is funded through intermediaries that do not disclose their donors, thus creating streams of “dark money” into the effort. The study by Robert J. Brulle, PhD, a professor of sociology and environmental science in Drexel’s College of Arts and Sciences, shows that a number of conservative think tanks, advocacy groups, trade associations, and conservative foundations with links to sympathetic media outlets and conservative politicians are involved in making original sources of the funding untraceable.

For instance, between 2003 and 2007, the Koch Affiliated Foundations and the ExxonMobil Foundation visibly supported climate change denial organizations, but in 2008, those donations fell off—at least as far as could be seen. But Brulle has shown that the decline in traceable funding of countermovement organizations coincides with an increase from pass-through entities Donors Trust and Donors Capital, whose funders cannot be traced. In fact, Donors Trust accounts for a quarter of all traceable foundation funding flowing to climate change denial groups. 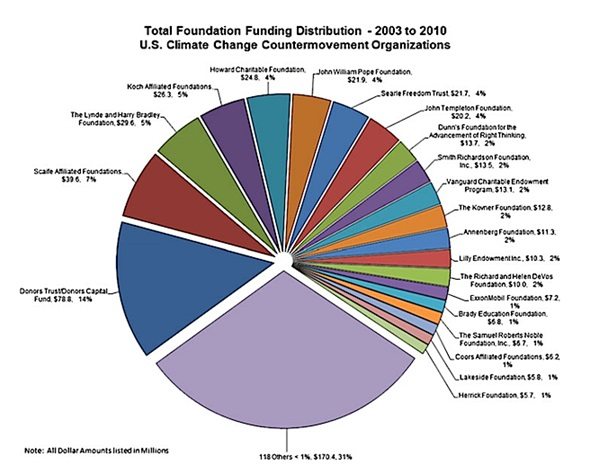 “The real issue here is one of democracy,” Brulle said. “Without a free flow of accurate information, democratic politics and government accountability become impossible.”

“Money amplifies certain voices above others and, in effect, gives them a megaphone in the public square,” he said. “Powerful funders are supporting the campaign to deny scientific findings about global warming and raise public doubts about the roots and remedies of this massive global threat. At the very least, American voters deserve to know who is behind these efforts.”—Ruth McCambridge