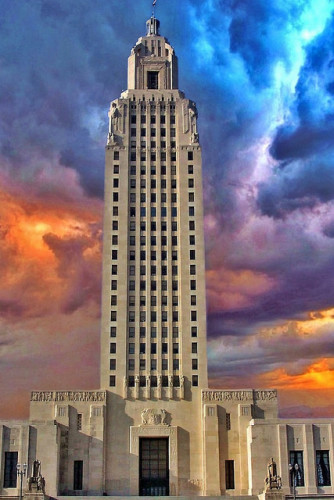 As is the case in other states, public defender offices in Louisiana are facing restrictions imposed upon them by their own budgets. This has led to a “restriction of services” by 33 of the 42 public defenders’ districts in Louisiana’s state courts. In that context, the Louisiana District Attorneys’ Association (LDAA) and the East Baton Rouge Parish District Attorney’s Office are accusing the state public defender board of mismanagement in prioritizing death penalty cases, claiming that it is a sneaky way of abolishing the death penalty.

The state public defender, hired by the Louisiana Public Defender Board (LPDB), on the other hand, says that since state-funded nonprofit firms take over these cases, it doesn’t work that way. However, it admits spending around a third of its budget on these cases, including cases that have progressed to a post-conviction phase. These appeals seem to be part of what is being targeted, according to the Times-Picayune:

Assistant District Attorney Hugo Holland, who works out of Lake Charles, said the board has an anti-death penalty bent right now, which means it is willing to fund every appeal effort.

Holland may not be alone in that belief. In addition to providing a floor for local public defender funding, the legislation also dramatically changes the makeup of the state public defender board.

If passed, the number of people on the board would change 15 to 11, and local public defenders would have much more say over who sat on it. Professors from local law schools would no longer have assigned slots on the board either. Holland believes those changes might mean that the amount of money allocated for death penalty defense could go down.

But LDAA executive director Pete Adams accuses the state public defender board of flouting its “fiduciary responsibility to taxpayers with misguided fiscal priorities.” He asked, “When you run out of money, you have to make tough choices. Are you going to spend a third of your state money on capital prosecutions, of which there are very few?”

East Baton Rouge Parish District Attorney Hillar Moore III also thinks that the restriction of services is a ploy. “No question they’re holding us hostage to obtain more funding. That’s all it is,” he said. “It affects public safety.”

Now, instead of looking at providing more funding for the public defenders, a bill is progressing in the legislature that would reorganize the legislatively-created LPDB, requiring that 65 percent of its annual funding go to local public defender districts.

Reginald McIntyre, the chief public defender for the 21st Judicial District of Livingston, St. Helena, and Tangipahoa parishes, agrees that those local districts should get as much money as possible from the LPDB. “I don’t like to see any district in (restriction of services). It damages the system,” he said, “Without the public defender offices, you don’t have a smooth running court.”

State Public Defender Jay Dixon says that the money must be spent on capital cases because the stakes are so high and the cases so expensive to mount. Still, he said, “It’s not that we prioritize capital (cases) over everything else.”

Dixon says that the argument being advanced is badly framed because the state board was not created to totally fund the 42 public defender districts but to supplement them. Most of their revenue comes directly from court fees and these have fallen dramatically in recent years.

The argument has been building since last spring when Adams responded to a 2014 Louisiana Public Defender Board call for additional state funding. “An intentionally created fiscal emergency should not be accepted nor rewarded without verification,” Adams wrote in his April 2015 response to the LPDB report. “The threat of a work stoppage and appointment of private counsel to do the work of state and local agencies is designed to build support for additional LPDB funding.”

Dixon says that only the district attorneys believe that public defense in Louisiana is sufficiently financed, and that prosecutors outspend public defenders by far. Meanwhile, all but four of the local public defender districts have turned over their capital cases to the state board, which contract those cases out to nonprofit law firms, which are not getting rich representing those cases. Defending these cases requires special certification and recertification processes that many public defenders do not have.

The combined number of new and pending capital cases handled by local public defender districts and the contract offices is declining, going from 235 in 2008 to 131 in 2013, according to LPDB. But, again, according to the Picayune,

Some legislators are growing tired of the cost of the death penalty. It’s not just that the public defenders board is spending $9.5 million on defense. Prosecutors spend a lot of time and money on their side of the cases. And it costs money to maintain death row at Angola.

Rep. Steve Pylant, a conservative Republican and retired sheriff from Winnsboro, has always been supportive of the death penalty. But he wondered aloud during the committee meeting Thursday if it was worth the expense anymore, especially when so many of the convictions get overturned.

He said he was considering switching sides, being for getting rid of the death penalty in Louisiana for good.

So, if rigorously representing capital defendants were a nefarious way of making a financial case for eliminating the death penalty, perhaps it is a good—albeit risky—strategy.—Ruth McCambridge