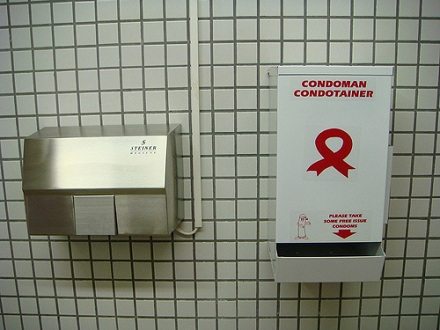 While parts of the strategy are controversial, Washington, D.C. has been creative about its approach to AIDS detection and prevention and that creativity—and the partnership between the District and nonprofits working on the issue—may be paying off. Washington, D.C., where the biannual conference of the International AIDS Society kicked off yesterday, has infection rates that were so high that they have been compared to those in Africa.

Among other strategies in D.C., testing has been taken out of clinic settings and is being offered in unlikely places like the Department of Motor Vehicles and grocery stores. This broad offering is designed to help identify the estimated 5,000 people who are infected but do not yet know it. This means that people are being diagnosed earlier, when the disease is more treatable, and the New York Times reports that 89 percent of those diagnosed see a doctor for a follow up visit within three days. The District sponsors a Red Carpet program in which nonprofits drive new patients to the doctor.

According to the Times article, “The change is evident on many fronts. The number of H.I.V. tests given has tripled to 122,000 a year, from 43,000 in 2007. The city gave away five million male and female condoms last year, 10 times as many as it did in 2007. More than 300,000 clean needles a year are given away, both to heroin users and to an even higher risk group: transgender prostitutes who inject hormones.”

There are many other strategies being deployed here and NPQ would love to hear readers’ take on them but it is also worth mentioning that this is the first time that the conference of the International Aids Society has been held in the U.S. It is here because the Obama administration has lifted the Reagan-era prohibition of HIV-positive people entering the country. –Ruth McCambridge