Death by a Thousand Cuts: The Flickering Lights of the U.S. Rural Hospital 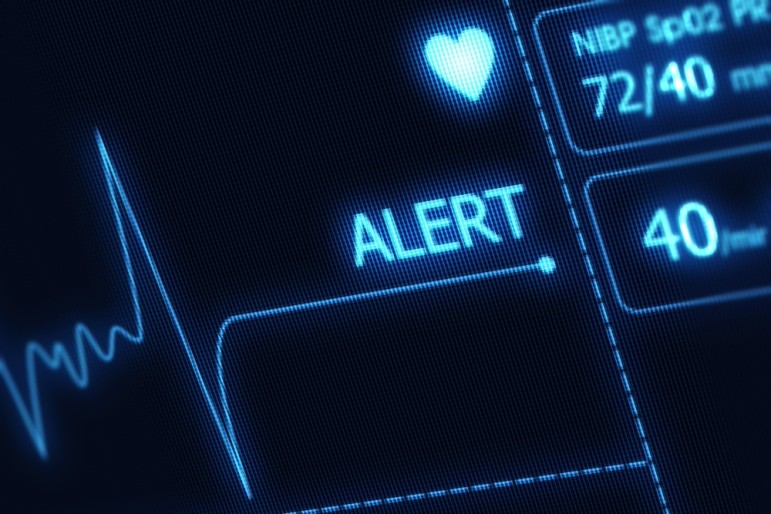 Rural hospitals continue to drop off the map, with an average of 11 hospitals closing each year since 2010. As the rural healthcare system slowly erodes, the aftermath leaves permanent gaps for local services in the small communities left behind.

The study is based on analysis of financial data from more than 2,000 hospitals across the U.S. and is a solid reflection of the recurring press reports of hospital closings.

Residents in Sayre, Oklahoma, population 4,400, are among the latest to understand this reality, with a recent sudden closure in their backyard. Like so many other rural hospitals, Sayre Memorial was not only one of the largest remaining employers in its community, it operated as a key safety-net provider for the 3,763 patients who visited the hospital’s emergency room and 526 residents who were admitted to the hospital for care, according to data from U.S. News & World Report–Health.

In response to prior hospital closings, Diane Calmus with the National Rural Health Association said that final decisions to stop operations are often “due to a culmination of events.” The reasons leading to closure shared by Sayre Memorial representatives sound like a perfect storm; the list, including revenue and reimbursement challenges while operating in the midst of a rural economy, mirrors almost identically the list of challenges faced by rural hospitals given by the NHRA.

Sayre Hospital officials said that in addition to Oklahoma’s decision not to expand Medicaid after the passage of the Affordable Care Act, the hospital had been hit hard by declining Medicare reimbursements. Medicare cuts have been a recurring topic for discussion across the healthcare sector for quite some time. News Oklahoma quoted hospital officials as stating that Sayre was impacted by Medicare cuts of two percent back in 2011, only to be followed by the Centers for Medicare & Medicaid Services’ (CMS) reduction in Medicare reimbursements by 30 to 35 percent in 2012 for patients unable to pay their deductibles and copayments.

iVantage’s research concludes that almost two-thirds of the vulnerable hospitals are in states that did not expand Medicaid. This statistic appears significant, but the researchers did not screen for relative distribution of rural hospitals between states with Medicaid expansion and those without.

Medicare and Medicaid reimbursement rates are especially important to rural hospitals because they tend to have a higher percentage of patients eligible for either or both programs than many urban hospitals. Hospital reimbursement rates for Medicare and Medicaid tend to be lower than rates paid by private insurance (though CAHs get preferential treatment by Medicare in recognition of their special challenges).

A looming threat for rural hospitals noted in the iVantage report is a proposal by the Inspector General (OIG) of the U.S. Department of Health and Human Services (HHS) to reduce rural hospitals’ reimbursement for so-called “swing bed” reimbursement by up to 462 percent. Swing beds are beds recognized by Medicare as being available for use either as an acute hospital bed or as a rehabilitation bed (usually post-surgery but before a patient is cleared to return home). The OIG’s recommendation is to pay all swing bed charges as rehabilitation bed rates prevailing in the community, regardless of whether the bed is being used for rehab or acute care.

While all insurance types are reimbursing hospitals at lower rates than in the past, forcing down hospitals’ profit margins, hospitals are also facing an increase in patient bad debt. Increasing insurance deductibles and copays are leaving insured patients and their families with larger medical bills than in the past. Some families are unable to make timely payment, adding to hospitals’ cash flow problems and debt collection expenses.

Rural residents often seek medical care near where they work and shop, not just where they live. Sayre’s problems included the closure of a major area employer, with attendant job losses and people needing to find jobs in other, larger communities, resulting in fewer potential patients for the local hospital.

Many rural hospitals are seeking partnerships and all other opportunities available to keep from having to turn their lights off. “The vision for the healthcare system of tomorrow is one that requires scale, networks and coordination, and it’s going to be challenging to free-standing community hospitals, especially those in rural areas,” said Eric Zimmerman, a principal with McDermottPlus Consulting, which lobbies on behalf of rural hospitals in Washington, D.C. Angela Mattie, chair of the health care management and organizational leadership department at Connecticut’s Quinnipiac University, known for its public opinion surveys on issues including public health, more directly says, “The standalone community hospital is going the way of the dinosaur.”

Does this shift in rural reflect the new, changing landscape of the healthcare system? Are we slowly moving toward a more urban-centered provision of care administered by multibillion-dollar health systems? If yes, what does this mean for our 59 million rural Americans? How do we ensure our rural residents, already faced with greater challenges, receive care that can be available in a timely manner?

U.S. Representatives Sam Graves (R-MO) and Dave Loebsack (D-IA) have introduced H.R. 3225, the Save Rural Hospitals Act, with 24 cosponsors. Their bill proposes to roll back sequester cuts made to Medicare reimbursements and preserve or increase other federal payments made to rural hospitals. Sen. Charles Grassley (R-IA) has introduced S. 607, the REACH Act, with 13 cosponsors. REACH is designed to allow critical access hospitals the flexibility to continue being reimbursed as hospitals without having to maintain a minimum number of patient beds. In effect, CAHs could choose to become rural emergency clinics to stabilize patients and transport them to regional medical centers while continuing to receive preferential Medicare reimbursement.

Options like these are too late for the residents of Sayre and so many other small cities and communities who are left with the skeleton of a hospital that will often permanently remain abandoned. The grounds serve as constant reminders of the historical role they played serving as a safety net for needed medical services and a key player in the rural economy.

Let us know what you think. If the answer is not to reverse the cuts or create different reimbursement structures for rural hospitals, let us know how rural communities can best be served in our changing landscape.