Electors to Make History Today – No Matter What 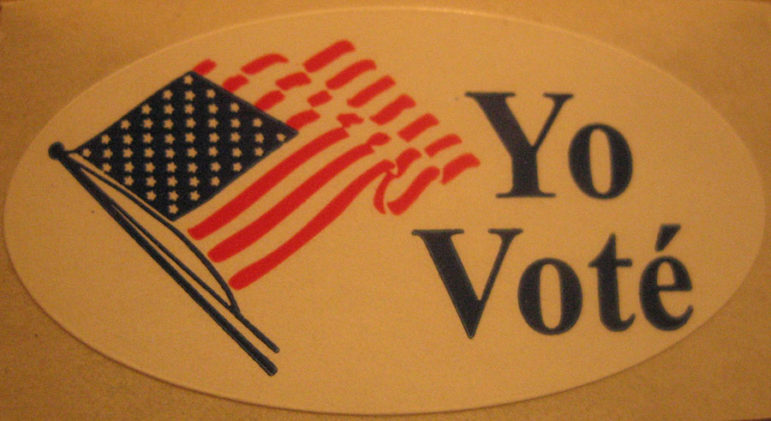 In U.S. history, there have been only 157 instances of so-called “faithless” electors, where a member of the United States Electoral College does not cast their vote for the candidate for whom they’d pledged to vote. According to Politico:

The last time there was more than one faithless vote against a presidential candidate occurred in 1832, when two Maryland electors abstained. The most ever in a presidential vote came in 1808, when six Democratic-Republican electors rejected James Madison.

That means that even if we only see the 10 electors who have said they will do so vote for someone other than their candidate, history could be made today.

And before we go on, let’s address the language of this moment. There is not a question of faithlessness here but of conscience. Many advocates have replaced the term “faithless elector” with “conscientious elector,” as in someone who is faced with wrestling with serious ethical questions of accountability and purpose.

The Electoral College is set to vote today. Although we will not find out the results of that vote until January 6th, when the results will be certified by a joint session of the new Congress and announced by Vice President Joe Biden, few expect any major surprises. Many have entreated electors to vote their consciences—presumably, against Trump. Besides a number of centrally organized efforts, there has been a deluge of emails and letters from voters to members of the Electoral College over the last few weeks aimed at trying to persuade 37 Republican electors to vote for someone else. Opposition groups have planned protests in all 50 state capitols during the Electoral College activities on Monday.

The unprecedented public lobbying has caused Pennsylvania to provide a plainclothes state trooper to each of its state’s 20 electors for protection. “I’m a big boy,” said [Ash] Khare, an India-born elector from Warren County, PA. Khare estimates he has received 3,000 to 5,000 emails, letters, and phone calls a day from as far away as France, Germany, and Australia. “But this is stupid. Nobody is standing up and telling these people, ‘Enough, knock it off.’ ”

But not every elector felt that way. “Honestly, it had an impact,” Carole Joyce, a Republican state committee member for Arizona, told the Washington Post. “But I signed a loyalty pledge. And that matters.”

The nation’s intelligence agencies, meanwhile, are converging on their own history-making finding. In October, U.S. officials announced publicly that Russia was clearly behind hacking related to the presidential election. More recently, anonymous sources quote a secret report as having evidence suggesting that the Russian government interfered in the 2016 election specifically to influence the U.S. election in Donald Trump’s favor.

President Obama held a news conference last Friday that stressed the integrity of the election process and tabulation while simultaneously addressing the Russian hacking of the Democratic National Committee and Clinton campaign chairman John Podesta. “Not much happens in Russia without Vladimir Putin knowing about it,” Obama told reporters Friday. “This happened at the highest levels of the Russian government.”

Attempts to have the electors briefed on those intelligence findings prior to their vote have come to naught: “The President has recently directed the Intelligence Community to conduct a review of potential foreign interference in presidential elections dating back to 2008,” reads a statement from the Office of the Director of International Intelligence. “This effort is ongoing and involves sensitive classified information. Once the review is complete in the coming weeks, the Intelligence Community stands ready to brief Congress and will make those findings available to the public consistent with protecting intelligence sources and methods.”

The current situation is eerily apropos of the situation for which the Electoral College was originally conceived to guard against according to The Hill:

Federalist Paper 68 lists reasons for the Electors to choose the President: To reflect the “sense of the people” in judicious deliberation, to guard against someone whose qualifications are merely “Talents for low intrigue, and the little arts of popularity,” and, most critically ”to be an obstacle opposed to cabal, intrigue, and corruption . . . . chiefly from the desire in foreign powers to gain an improper ascendant in our councils. How could they better gratify this, than by raising a creature of their own to the chief magistracy of the Union?

Trump scoffs at the hacking charges, calling them a “conspiracy theory,” and it’s hard to deny that Trump’s stances have changed the ways Republican voters think about Putin and the Russians. Politico reports, “Back in July 2014, just 10 percent of Republicans held a favorable view of [Vladimir] Putin, according to a poll conducted by the Economist and YouGov. By September of 2016, that number rose to 24 percent. And it’s even higher today: 37 percent of Republicans view Putin favorably, the poll found in December.”

That is a significantly higher approval rating than President Obama enjoys right now among Republicans, which says a good deal about the polarization we face in our democracy today. (One might even call it a house divided.) “The ancient principle, ‘the enemy of my enemy is my friend.’ I don’t think it’s much more complicated than that,” said Larry Sabato, director of the Center for Politics at the University of Virginia. “The Republican base, particularly the Trump part of the Republican base, is going to regard anyone and anything that helped their great leader to win as a positive force, or at least a less negative force.”

On top of that, a recent poll found that despite the margin by which Hillary Clinton seems to have won the national popular vote—2.8 million and growing—52 percent of Republican voters believe that Trump won it. The Washington Post posits, “If the Republican electors are anything like the party rank and file, they may think voting for Trump is in line with the choices of the American people.”

Whatever happens today and is announced on January 6th will be historic in our democracy. It may be a good time to consider your own small part in maintaining a healthy democracy in the levels of engagement around your organization and networks and in their ability to mobilize for what will be needed to advance causes and improve communities in whatever world we may all be thrust into early next year. —Ruth McCambridge