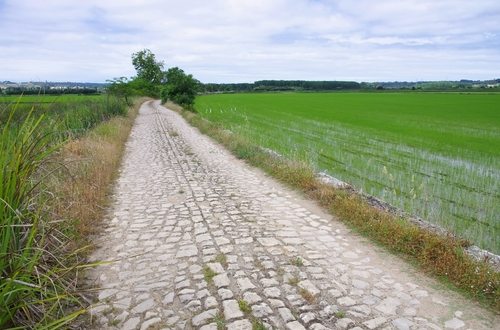 The demise of the farm bill last week should be a statement to the nonprofit sector that government isn’t working, at least when it comes to legislating. It isn’t that the bill was any good—it wasn’t. It was a vicious attack from the right wing against people receiving food stamp benefits, a piece of punitive legislation that would have denied benefits to as many as two million poor people. And please note that the fact that some people who get food stamps probably shouldn’t doesn’t undo the critical importance of ensuring that poor families get this vital governmental benefit.

Democrats voted against the bill because of its assault against nutritional assistance for poor people. But the legislation failed in the House of Representatives because 62 Republicans bolted from the Republican Party leadership because the bill wasn’t conservative enough. Speaking for many of the Republican opponents of the bill, the Heritage Foundation called the farm bill’s defeat “a major victory for fiscal responsibility and limited government.”

Part of the right wing’s rationale is that 80 percent of the farm bill, according to Heritage, is funding for food stamps, which should be considered separately from the rest of the farm-related provisions. Many members of Congress believe that food stamps, which they consider part of “welfare policy,” primarily appeal to an urban constituency, based on the idea that the bulk of food stamp recipients are the urban poor. As a result, the farm bill attracts urban votes for unnecessary crop subsidies. That said, it is still clear that some of the nay-saying Republicans wanted even deeper cuts in food stamps than the devastating ones already built into the legislation.

The Washington Post editorial board agreed to an extent with Heritage, as shown in this strongly worded critique of the farm bill, now and in the past:

“Here’s what’s really going on. For decades, the farm bill has epitomized bipartisanship and coalition-building at its worst: an unholy alliance of urban and rural lawmakers of both parties who supported each other’s interests—nutrition programs and producer subsidies, respectively—without having to justify either one on its independent merits. The taxpayer footed the ever-increasing bill, which, in the just-defeated House version, would have been $940 billion over 10 years.”

Oddly enough, House Democrats were tepidly on board with the bill, which would have cut $20.5 billion from food stamps over 10 years. What drove them over the edge was a “poison pill” amendment attached at the last moment by Rep. Steve Southerland (R-FL) that would have allowed states to increase the work requirements for families receiving food stamps. The top Democrat on the Agriculture committee, Rep. Collin Peterson (D-MN), had predicted 40 Democratic votes for the farm bill, but after the Southerland amendment, 16 of the 40 bolted from the deal. Former Speaker Nancy Pelosi (D-CA) called Southerland’s legislative insertion “one of the most extreme SNAP amendments to be offered in the program’s history.”

Two aspects of this story are very troubling. One is the bipartisan support, pre-Southerland, for devastating cuts in food stamps, with many Republicans calling for even deeper cuts in this critically important New Deal program. The other is the fact that the House of Representatives has made a mess out of the farm bill, with Boehner unable to control the members of his own Republican Party who keep asking for increasingly punitive social legislation.

What does the farm bill—both its gestation and its floor vote—portend for legislation such as comprehensive immigration reform and other bills meant to move this nation out of its social stagnation? Doesn’t this call for nonprofit advocacy that’s not just activism on food stamps or immigration reform, but on getting the legislative process to work?—Rick Cohen