Delaware Museum Expects “Shunning” as it Prepares to Sell Art 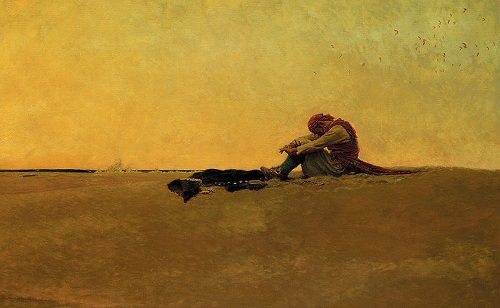 The Delaware Art Museum is in $19.8 million of debt acquired during an expansion and renovation nine years ago, and now it has announced plans to try to raise $30 million by selling up to four works from its collection. Its complete collection comprises 12,500 pieces. What is left over after the debt is paid will be used to replenish the endowment.

The museum’s CEO explained, “After detailed analysis, heavy scrutiny and the exhaustion of every reasonable alternative to relieve our bond debt, the trustees had two agonizing choices in front of them—to either sell works of art, or to close our doors.”

But the Association of Art Museum Directors (AAMD) is not sympathetic and is threatening to censure the museum for what it calls a violation of public trust. We are reprinting some of its statement here because it is a fascinating discussion of issues of trust and stewardship:

“AAMD leadership reached out to the Museum with an offer of help five months ago, after learning about its financial challenges and plans to consider selling works of art from its collection. Through the several exchanges the AAMD has had with the Museum’s Trustees and professional leadership since then, the AAMD has consistently offered its support in finding an alternative resolution and has urged the Museum not to proceed with this plan.

AAMD’s long-standing policy prohibiting the use of funds obtained through deaccessioning for any purpose other than the acquisition of works of art was developed to protect museums from pressure to monetize their collections to support operations. As such it has long been, and must remain, a core principle of our profession and a basic standard of professional museum practice.

The sale of a work (or works) of art from a museum’s collection for any purpose other than the continued development of that collection represents a violation of the public trust and can seriously undermine the confidence of the public in the institution and weaken its ability to fulfill its mission. Such an action can also serve to discourage donors from supporting art museums and have a significant impact on fundraising over time. Furthermore, treating works of art from a museum’s collection as financial assets not only damages the museum taking such an action, but also adversely affects the field as a whole.

Should the Board of Trustees of the Delaware Art Museum carry out the deaccessioning plan on which they voted yesterday, they will have taken a step that, although well-intentioned, will surely have a negative impact on the Museum’s relationship with the community it was founded to serve, as well as with those who believe in the integrity of its collection and the responsibility of the Museum’s trustees to be good stewards of this precious resource. Accordingly, AAMD will have no recourse but to consider taking the strongest possible response to this action, including the censure and, if necessary, the sanctioning of the Museum.

The AAMD remains hopeful that the Board of Trustees of the Delaware Art Museum will further consider the many problems, reputational as well as operational, that can arise from the decision to deaccession works of art from the Museum’s collection for the purpose of supporting operations. We also stand ready to assist this institution to find other solutions to the fiscal challenges that it faces without deaccessioning the works of art that have been entrusted into its care. Their sale would be the community’s loss.”

The museum’s last director left in August and has been temporarily replaced with Michael Miller. The museum does not plan to hire a new director until after the sale. This is probably a wise move. Miller told the Wilmington newspaper The News Journal that he expected the art museum to be “shunned for a period of years” but if the new director had no hand in the matter, it may make an easier path for him or her.—Ruth McCambridge