Detroit Exits Bankruptcy—What’s Next for this City’s Nonprofits and Foundations? 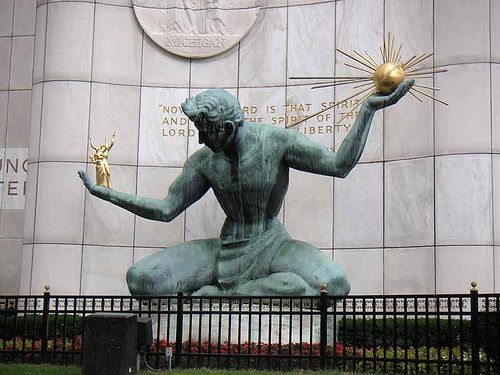 Now that Detroit has “emerged” from bankruptcy with a deal with creditors, what next? For nonprofits and foundations, the challenges have not abated. In reality, while Detroit may have reached an agreement with creditors and pensioners to deal with the bankruptcy court, the city is still deeply troubled, with social and economic problems that remain immense impediments to a municipal revival that benefits all the citizens of Detroit, particularly its legion of poverty-stricken families who may not see themselves as beneficiaries of such highly touted elements of Detroit’s renaissance as Dan Gilbert’s acquisition of much of Downtown or the private investment focusing on the Midtown area.

Getting something done for the neighborhoods

Poor Detroiters. They have been the recipients, or perhaps the victims, of decades of plans of great promise but stunning underperfomance. These initiatives were always pitched as the answers that Detroit desperately needed, always pitched as grassroots and inclusive, and so often wrought with action that fell far short of what Detroit needed to pivot toward progress. Examples include the Clinton-era Empowerment Zone, specially designated for Detroit in 1994 (Detroit’s EZ application was ironically called “Jumpstart for the Motor City”), the Obama administration’s selection of Detroit as one of the seven pilot cities in the Strong Cities Strong Communities (SC2) program, and other government initiatives plus a variety of nonprofit and philanthropic efforts—including the targeting of the Lower Woodward Corridor as one of the four sites of the Ford Foundation’s Neighborhood and Family Initiative, and the Warren Connor Development Coalition as the focus for the Annie E. Casey Foundation’s Rebuilding Communities Initiative. Then, there are more recent (and, in some instances, ongoing) efforts like Habitat for Humanity’s “ReBuild Detroit” initiative, the Woodward Corridor Initiative associated with the Living Cities “Integration Initiative” (an “eds and meds” strategy), and the Skillman Foundation’s Good Neighborhoods/Good Schools program. Notwithstanding the fine leaders from these programs who bring a surfeit of expertise to Detroit today—especially Tonya Allen, who led Casey’s RCI program and now oversees Skillman, Vincent Tilford, who leads Habitat in Detroit and previously headed the Detroit program of the Local Initiatives Support Corporation, and Maggie DeSantis, the longtime head of the Warren/Connor Development Corporation—these Detroit initiatives have not been the answer to the city’s deep structural needs.

Now, the bankruptcy-emerged Detroit has the Detroit Future City plan on its plate. It would be easy at this point to find shortcomings and pitfalls in the DFC framework and contemplate new versions of a plan for Detroit’s revitalization. No offense to the propensity of so many to generate new plans and, worse, new studies discussing the lessons learned from various community initiatives, but this is the time to take action, to put money behind the various parts of the plan that benefit Detroit’s legacy residents, and rebalance the focus from Downtown (and the eds-and-meds Midtown) to the neighborhoods. In his statement after the bankruptcy ruling, Kresge CEO Rip Rapson suggested several points of milestones for building Detroit that he says are already “readily apparent,” including, “Neighborhood organizations…accessing private funding to pursue their aspirations and meet the enduring challenges their communities face” and “A strong platform for community decision-making [that] is strengthening the city’s existing assets and transforming its liabilities, particularly abandoned and blighted properties.”

We think that the dynamics of Detroit in recent times don’t quite offer convincing evidence for Rapson’s observations, especially since he is describing the rebuilding not of the city’s neighborhoods, but their social and organizational infrastructure (“neighborhood organizations” and “community decision-making”), but his intention is correct—it’s time to act, to invest and reinvest in neighborhoods, and to rebuild an infrastructure that can take back control of the destiny of their communities.

An implicit subtext of Rapson’s statement is that Detroit has been suffering a democracy deficit for some time. Partially it was self-imposed, with the election of Kwame Kilpatrick, the “hip hop mayor” who turned into a personal and familial story of public sector corruption, earning himself a residence in a jail cell. But it is also due in part to the bankruptcy, which led to the imposition of state control of finances and an emergency financial manager, and to the long-term disinvestment in Detroit’s community-based nonprofits. Some of Detroit’s nonprofits that were once vibrant and vigorous institutions of grassroots democracy are shells of what they used to be. The philanthropic community that has coalesced so strongly behind cultural institutions and business investment through the Downtown Detroit Partnership, the Detroit Economic Growth Corporation, Midtown Detroit Inc., Techtown, the Detroit Creative Corridor, and other initiatives needs to up its game in reinvesting in community and democracy.

Making this issue critically important is a disturbing statement from the bankruptcy court’s expert, one Marti Kopacz. The court hired Kopacz as its own expert to provide a perspective independent of the emergency manager’s and the creditors’. “As a society, we believe in democracy, but there comes a time when the political machinery simply fails,” Kopacz said in an interview cited by Bloomberg. “Once control goes back to the electorate, you are going to run the risk they could elect somebody that is not as capable.” Really? Maybe the alternative is to appoint people as tone-deaf as some of the executives of the Detroit Institute of Art, who in 2013, in the midst of the bankruptcy turmoil that threatened the city’s ownership of the museum, gave themselves $90,000 in bonuses. The CEO of the museum, Eugene Gargaro Jr., apologized but emphasized that there had been “no wrongdoing of any kind.” The wrongdoing might not have been in the area of illegalities, but in the realm of insulting the struggling residents of Detroit, it was right there.

Is Kopacz saying that somehow Detroiters aren’t capable of self-governance? Is she ignoring how much the decisions that have wracked the city were not simply the problems of corruption by the ilk of Kilpatrick, but the investment and disinvestment decisions of Detroit’s corporate viziers, who frequently enriched themselves at the expense of taxpayers? Were Gargaro and his colleagues unaware that by endorsing the Grand Bargain, the residents of Detroit, of whom many don’t see the DIA’s collection as speaking much to them, were exercising a generosity of spirit and vision that many of Detroit’s elites have hardly shown in return? If the result of the Detroit bankruptcy is a diminution of democracy, the real cost will be incalculable.

Getting real with severely distressed municipalities

It was probably good news to Detroit business interests that convention bookings are estimated to increase 140 percent from 2014 to 2021. “There is a curiosity factor out there,” explains Larry Alexander who the Detroit Metro Convention and Visitors Bureau. “They want to see what Detroit coming back looks like.” Detroit has already had plenty of culture-of-poverty tourism. Detroit doesn’t need to be treated like a curiosity, not only because it doesn’t need to have its poverty and distress treated like test tube subjects, but because it isn’t alone.

As the Detroit bankruptcy announcement occurred, a similar announcement—minus a foundation collaborative putting hundreds of millions into a “Grand Bargain”—occurred in Stockton, California. A press report on the Stockton municipal bankruptcy announcement noted that a big creditor in Stockton’s bankruptcy, Franklin Templeton, held out to exact the best possible deal for itself, much like the bond insurers Syncora and FGIC in Detroit, with little to use in their position other than the threat of prolonged litigation at taxpayer expense. If you don’t think that other cities might be slowly pursuing the paths of Detroit and Stockton, you’re fooling yourself. There are scads of next-to-bankrupt cities, most without the cultural and economic assets of a city like Detroit. And these smaller and midsized cities won’t be preferred stops on cultural poverty tours.

Most of these other cities don’t have the deep connections with foundations like the Kresge Foundation or, distinctly in Detroit’s case, the Ford Foundation, willing to make unprecedented, municipality-saving investments in the eight- and nine-figure range. Moreover, even if there are foundations of size and scale in the region, will they be willing to invest to save a city without the institutional linchpin of a municipally owned, internationally renowned art at risk? Will the institutions of the nation’s tax-exempt endowed wealth be willing to put comparable resources to saving cities when the linchpin is simply people and neighborhoods, as opposed to a foundation-like cultural entity as the necessary link? That is going to be the challenge for future bankrupt cities where the route out of bankruptcy is to take on poverty.

The Wall Street Journal and the New York Times both highlighted the Grand Bargain keyed around the Detroit Institute of Art as the central element of the bankruptcy deal. The doodle scratched by U.S. District Court Judge Gerald Rosen with “art” in one box, “pensions” in the other, and an arrow between them, is destined to hang in the DIA. That’s a good story for the history of municipal bankruptcies. But there are other stories whose endings haven’t been written: what to do about a bankrupt school system which (like the city) is governed by its own emergency manager, how to protect Detroiters against repeats of the Detroit water crisis that earned the city criticism from the United Nations, what the plans really are to ensure that the regional, metropolitan, suburban wealth that surrounds Detroit will be shared with the struggling inner city, and when the attention of the city leaders will be rebalanced to pay attention to Detroit’s neighborhoods and the residents who have braved the city’s conditions when investors and others with resources pulled out.