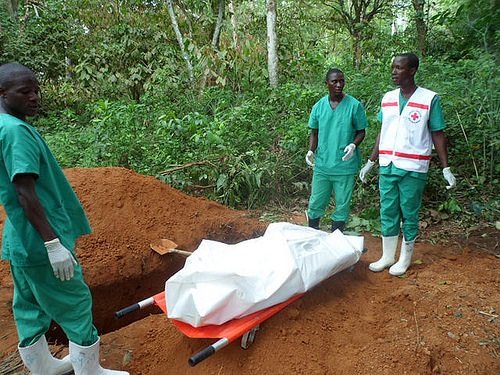 Can you imagine what it was like for a pregnant woman named Comfort Fayiah to give “birth to twins in the dirt outside her small, whitewashed church?” According to writer Lenny Bernstein with the Washington Post, this tragic scene is one result of a secondary crisis stemming from the Ebola virus outbreak of epidemic proportions in Western Africa.

As the death toll nears 3,000 according to the World Health Organization and a total of 6,263 people have been either confirmed or are suspected of being probable cases of infection, Ebola is demanding a mammoth effort from healthcare organizations and local government administrations to bring under control. However, as Ebola-infected individuals put an incomparable burden on the health systems of these African countries, others with ordinarily preventable or treatable conditions, such as malaria, diarrhea, pneumonia or diabetes, among others, are feeling the tension of the situation. Many are avoiding seeking care for treatable diseases for fear that they will also contract the virus, while others are finding it difficult to find treatment at all.

While accurate data about the numbers perishing from treatable diseases is difficult to find and verify, several nonprofits have confirmed a small measles outbreak in Liberia, which is in the midst of a severe Ebola outbreak. The measles outbreak is mostly likely due to the lack of vaccinations available.

Disease researchers Jeremy Farrar of the Wellcome Trust and Peter Piot of the London School of Hygiene and Tropical Medicine observed in a new article in the New England Journal of Medicine that “West Africa will see much more suffering and many more deaths during childbirth and from malaria, tuberculosis, HIV-AIDS, enteric and respiratory illnesses, diabetes, cancer, cardiovascular disease, and mental health during and after the Ebola epidemic.”

The economic impact of the epidemic is evident even in countries and regions that remain unaffected by the epidemic. The price for cocoa, among the top exports in West Africa, rose 6.3 percent in earlier September, responding to concerns that the disease would permeate the Ivory Coast border or Ghana, two regions that produce nearly 60 percent of the world’s cocoa. While there have not been any reported cases of the Ebola outbreak in the Ivory Coast, for instance, residents are wary of the poorly monitored barrier between the Coast and Liberia and Guinea, two regions that have been heavily affected by the virus. Any disruptions in the export of cocoa would be devastating for the Ivory Coast, which significantly relies on the export for its income derived from agriculture.

“The fear people have is that once Ebola is verified in Ivory Coast…it will be pandemonium,” said Hector Galvan, senior market strategist at RJO Futures in Chicago. “The worst case scenario—you lose virtually all cocoa exports out of Ivory Coast [or] Ghana for an unknown period of time.”

The CDC recently came out with its worst-case scenario predictions of the epidemic with 1.4 million people becoming infected in four months. People dying of preventable diseases and the economic impact may only be the beginning of the byproducts of the epidemic. According to Jeremy Youde, a professor of political science at the University of Minnesota Duluth, “A prolonged outbreak could undercut the growth that these countries were finally starting to experience, taking away the resources that would be necessary for improving the health and education systems.”—Anita Janke and Shafaq Hasan