Did Scottish Independence Vote Achieve a Big Step Towards “Yes?” 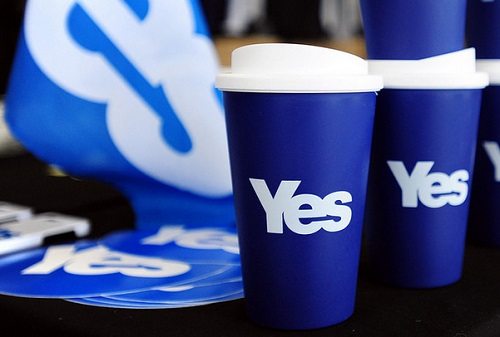 Although the referendum vote for Scottish Independence was defeated by voters who turned out in record numbers, that defeat was relatively narrow (55 percent to 45) and could be considered something of a warning shot across the bow of the UK. As a result, British Prime Minister David Cameron has vowed to give not just Scotland but Northern Ireland, and Wales new powers over taxes, spending and welfare. “We now have a chance—a great opportunity—to change the way the British people are governed, and change it for the better,” the prime minister said.

Meanwhile, former UK prime minister Gordon Brown has promised to keep a tight timetable for devolving powers to Edinburgh, and a new Scotland Act signed by David Cameron, Ed Miliband, and Nick Clegg as well as Brown will be placed in the House of Commons on Monday.

“We have set down a timetable that is absolutely clear. That a command paper will be published by the end of October, that the heads of agreement between the parties and further devolution will come in November and that the draft legislation, the laws that will form the Scotland bill and eventually the Scotland Act, will be ready by the end of January,” Brown said.

Writing for the Guardian, Scottish novelist Irvine Welsh says that there is likely no going back for the UK:

“Scotland’s post-devolution generation is a different breed to their predecessors; they’ve been building a new state in their imagination, from the basis of a limited but tangible parliament in Edinburgh. They see the possibilities in full statehood, and came from nowhere to deal a body blow to Britain’s tired and out-of-touch elites. The smartest of them have always seen independence as a process, not an event, and having come so unexpectedly close, they won’t be going into a depressive hungover funk. They’ll be keen for a rematch, and they’ll get it soon.

“This vote ensures that Scotland will remain central on the UK agenda. The union was on death row and the no vote earned it a stay of execution; the establishment parties are now in the process of organising their appeal. That has to involve real decentralisation of power and an end to regional inequities. Do the political classes have the stomach and the spine for this? A devo max that gives Scotland the power to raise taxes to pay for welfare programmes, but not reduce them by opting out of Trident and other defence spending, while maintaining the oil flow south of the border, without even an investment or poverty alleviation fund, is a sham, especially as it was denied at the ballot box. It may be perceived as setting up the Scottish parliament to fail, and undermining devolution.”

“The yes movement hit such heights because the UK state was seen as failed; antiquated, hierarchical, centralist, discriminatory, out of touch and acting against the people. This election will have done nothing to diminish that impression. Against this shabbiness the Scots struck a blow for democracy, with an unprecedented 97 percent voter registration for an election the establishment wearily declared nobody wanted. It turns out that it was the only one people wanted. Whether this Scottish assertiveness kickstarts an unlikely UK-wide reform (unwanted in most of the English regions); or wearies southerners and precipitates a reaction to get rid of them; or the Scots, through the ballot box at general elections, decide to go the whole hog of their own accord; the old imperialist-based union is bust.

The Scots, so often a regarded as a thrawn tribe with their best years behind them, have shown the western world that the corporate-led, neo-liberal model for the development of this planet, through G7 ‘sphere of influence’ states on bloated military budgets, has a limited appeal.”