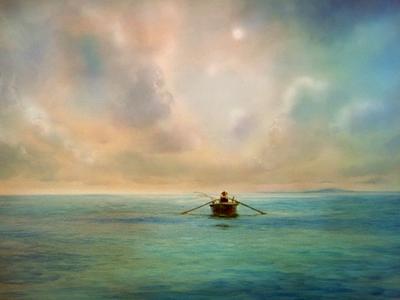 As described in the book Governance as Leadership: Reframing the Work of Nonprofit Boards, to govern comprehensively, boards work in three modes: fiduciary, strategic, and generative. To use a metaphor in which an organization is a boat, boards can make two distinct types of contributions: steering and rowing.

When steering, the board collectively:

When rowing, board members individually or collectively expand the organization’s resources by, among other things:

It can be useful to distinguish steering and rowing by using a substitution test. Rowing work is substitutable. The board does not need to contribute to the organization’s resources, financial or otherwise, as long as it is satisfied they are adequate. For example, a foundation whose board does no fundraising because of its large endowment is not necessarily ungoverned. Given the assets of the organization, the board is simply not called on to do such work.

In contrast, steering work is not substitutable. An organization whose board is not steering may be led by its executives, and may be influenced by other stakeholders, but it is not legitimately governed unless its board deliberates and makes intentional choices regarding the organization’s values, strategies, and performance. (When it comes to oversight of management, boards are non-substitutable not just on legitimacy grounds but also as a matter of practicality: by definition, management cannot oversee itself.)

It is also useful to consider individual versus collective contributions. A single board member or several board members working in an individual capacity can be effective as rowers. In raising funds, doing outreach or working as front-line volunteers, the choice to work alone or in groups can simply be a matter of efficiency, convenience, or preference. But governing is a collective act. Not only do most legal regimes require the boards of nonprofit organizations to include at least several members, but the logic of strategic and generative governing, as proposed in Governance as Leadership, insists on it. It takes a group to test, challenge, and debate the assumptions and subjective preferences that are at the core of this governing work.

To take an example: An organization whose board does a great deal of fundraising and outreach on its behalf, but is relatively uninvolved in setting strategy or monitoring performance, would be in the “Helping” quadrant (high on the vertical board axis and left on the horizontal governing axis).

Note that the “High Performing” quadrant—in which a board is governing while also generating resources—is not the only optimal spot for an organization. Depending on an organization’s circumstances, the “Guiding” quadrant might be appropriate. For example, a professionalized organization with reliable revenue sources, an ample endowment, and a high profile may need no board assistance in these areas, and could therefore be justifiably low on the rowing axis. But it would still need governing. In the “Guiding” quadrant, the board does little rowing but is still steering.

From a governing perspective, the “Lagging” and “Helping” quadrants are suboptimal because, in both cases, the board is doing little steering. The “Helping” quadrant can be especially problematic. It is easy for boards in this quadrant to mistake their productivity as rowers—raising funds, doing outreach, or lending expertise to management—for effectiveness as steerers. 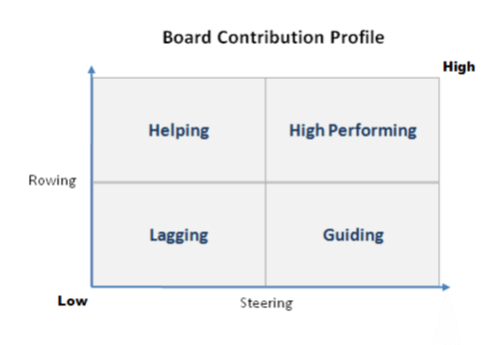 This briefing note is offered to complement and integrate some of the strategies and concepts described in Governance as Leadership: Reframing the Work of Nonprofit Boards, by Richard P. Chait, William P. Ryan, and Barbara E. Taylor (New York: John Wiley & Sons, 2005).