Does Nonprofit Status Work with a Medical Marijuana License? This Failed Competitor Says No 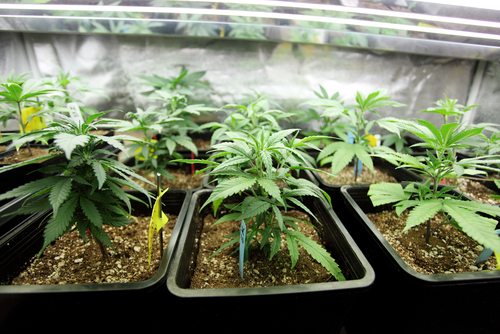 The behavioral health nonprofit Shelby County Community Services recently won a license to grow marijuana in Illinois State Police District 10 under the state’s medical marijuana program. Now, one of the competitors in its bid to obtain that license has decided to try to challenge that win in court—ironically, taking advantage of the dichotomy between state and federal law to claim that, because of its tax-exempt status, the group cannot break a federal law and is ineligible.

Attorney Sean Britton, representing Shiloh Agronomics, filed a preliminary petition on Friday asking the Coles County Circuit Court to allow the suit, saying, “Shelby County Community Services was never legally able to have a medical cannabis license at the time they applied.” Britton says his client would have had a shot at the license, were it not for the nonprofit.

Shelby County Community Services’ executive director Tom Colclasure had previously told the press that there had been 11 applicants. “We worked hard to put together a very comprehensive proposal,” he told the Effingham Daily News. “We knew we had a lot of competition.”

The nonprofit wanted to start the program as a revenue-producing social enterprise as funding dwindled, and in so doing had planned to provide a jobs program for 25–30 people with developmental disabilities with the project.

“We would employ people with disabilities and people in the community to work side-by-side,” Colclasure said. “We’re looking for other ways to help support our programs that are underfunded.”—Ruth McCambridge