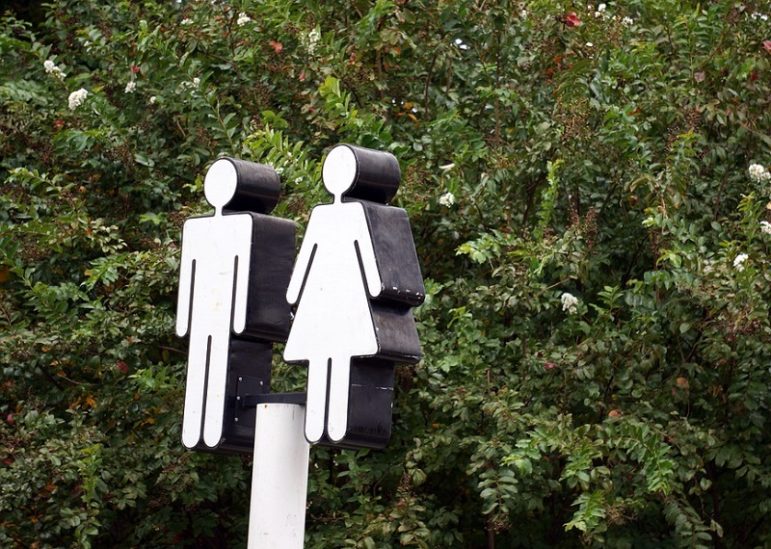 The struggle over North Carolina’s controversial “bathroom bill,” the Public Facilities Privacy and Security Act (House Bill 2), which forces individuals to use the restrooms according to the gender on one’s birth certificate, continues with two federal competing lawsuits filed on Monday and few answers for the state’s transgender population.

“This is about the dignity and respect that we accord our fellow citizens and the laws that we as a people and a country have enacted to protect them,” said Lynch during the press conference. “Instead, what this law does is inflict further indignity on a population that has already suffered far more than its fair share. This law provides no benefit to society, and all it does it is harm innocent Americans.”

The DOJ’s lawsuit alleges North Carolina’s LGBT law violates Title VII and Title IV of the Civil Rights Act of 1964 and the Violence Against Women Act (VAWA) from 1994. Originally, in a letter dated May 4th, the DOJ contended that the controversial bathroom bill violated Title VII, which forbids discriminating against employees on the basis of sex and race, and VAWA. According to the letter, “Denying such access to [restrooms based on one’s gender identity] to transgender individuals, whose gender identity is different from their gender assigned at birth, while affording it to similarly situated non-transgender employees, violates Title VII.” Title IX of the 1964 act addresses sex discrimination in an educational environment. As such, the suit includes discrimination at public universities, such as the University of North Carolina, which is mentioned in the suit. In the same letter, the DOJ also gave McCrory a deadline of end of business Monday, May 9th to indicate whether or not the state would remedy the violations as listed in the letter.

Instead, McCrory responded to the deadline with another lawsuit just hours before the DOJ announced theirs, alleging the law is a “common sense privacy policy” and the DOJ’s contention that it violates civil rights laws “baseless and blatant overreach.” Specifically, McCrory’s and Perry’s lawsuit finds fault with defining transgender individuals as a protected class. It also asserts,

This is an attempt to unilaterally rewrite long-established federal civil rights laws in a manner that is wholly inconsistent with the intent and disregards decades of statutory interpretation by the Courts. The overwhelming weight of legal authority recognizes that transgender status is not a protected class under Title VII.

In part, McCrory says the lawsuit was filed to prevent North Carolina from losing crucial federal funds until the matter could be resolved in a courtroom. “We believe a court rather than a federal agency should tell our state, our nation and employers across the country what the law requires,” said McCrory during a news conference Monday afternoon. “Right now, the Obama administration is bypassing Congress by attempting to rewrite the law and set basic restroom policies…for public and private employers across the country.” However, Lynch also noted on Monday that the DOJ still reserved the right to strip those federal funds.

As a court takes up the case and makes a determination on the law, McCrory has already alienated himself and North Carolina. As NPQ has noted, celebrities, top business executives, members of nonprofit sector such as the Kellogg Foundation, and even the state’s attorney general have come out against the law. Whether or not the court rules the law illegally discriminates against the LGBT community, it’s clear the court of public opinion has made up its own mind about the sentiment of the law—and it is decidedly against it.

According to Chad Griffin, president of Human Rights Campaign, the law is “blatantly unconstitutional” and McCrory’s lawsuit frivolous. “The idea Governor McCrory is going to waste even more time and millions more taxpayer dollars defending it is reckless and wrong,” said Griffin. “HB2 is a vile law attacking transgender North Carolinians and leaves many more unprotected from discrimination. Rather than defending it, Governor McCrory should be working with state lawmakers to fix the mess he’s created.”

In contrast, the DOJ made clear at its press conference its suit was rooted in recognizing and protecting transgender rights. “We see you. We stand with you. And we will do everything we can to protect you going forward,” said Lynch. “No matter how isolated, no matter how afraid…you may feel today.”—Shafaq Hasan