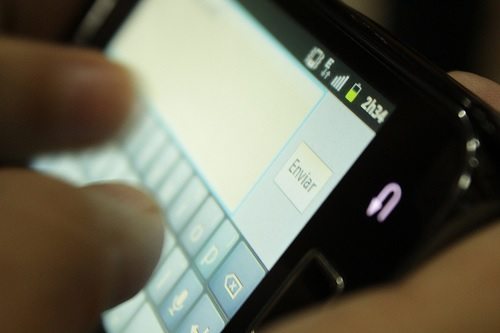 How often do your supporters tell you that they want to hear more from you? What impact are your social media efforts having on fundraising? Which solicitation methods leave your donors feeling great?

Our 2013 annual mGive Text Donation Study provides the answer to these questions and shows that text donations remain an overwhelmingly positive experience for donors. Supporters are increasingly finding out about text donation campaigns through social media. In addition, donors want to get more information about you through text messaging.

Here are some of the key takeaway points from our 2013 Text Donation Study:** 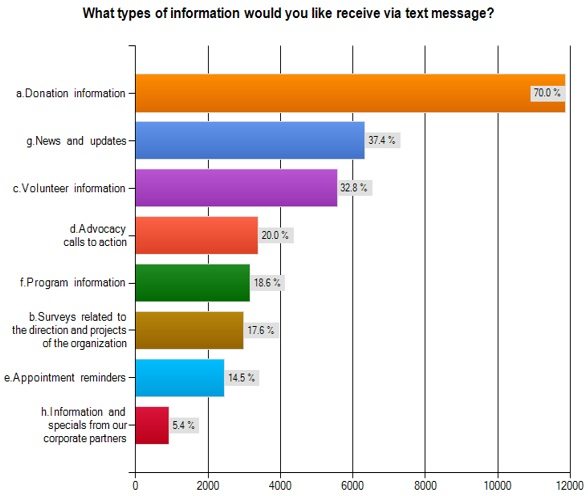 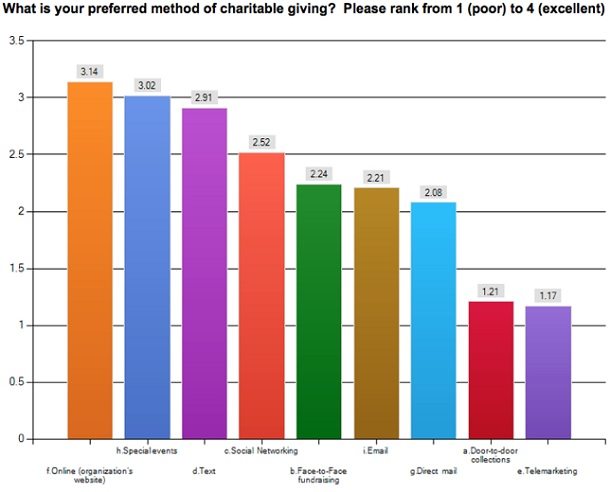 Mobile is one of the top three preferred methods of giving. Donors reported they like to contribute online, with live events and mobile donations nearly tied as the second pick.

Donors have positive experiences with text campaigns. Eighty-five percent of respondents rated their experience with text giving as excellent or good. 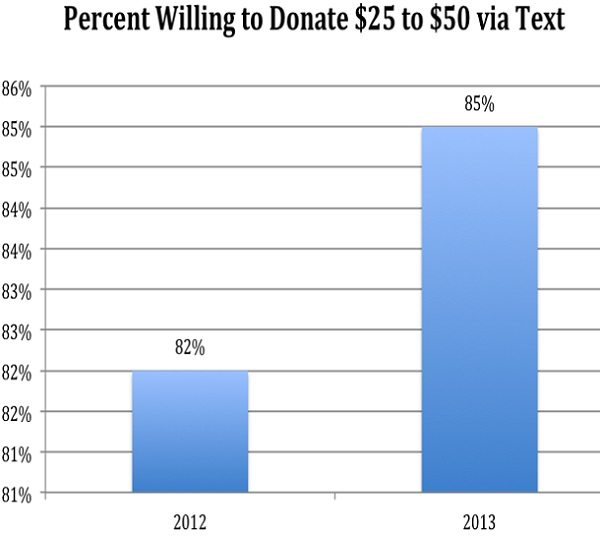 Donors consistently want to give more money through text. Nearly 85 percent of donors would like to give $25 to $50 through text donations, a slight increase from 82 percent in 2012.

When it comes to nonprofit fundraising, the implications are clear:

When it comes to text donations, be social. Social media clearly is playing a larger role in how donors find out about your text donation campaigns. Promote your text giving through Facebook and Twitter. People love to share videos via social media, so use YouTube videos to promote text donations as well. Don’t forget to encourage your donors to tell their friends about your campaign using their own social media networks.

Text donations will not undermine traditional giving. The survey also found that an overwhelming 85 percent are inclined to continue donating at larger amounts to a nonprofit via traditional methods after donating by text, clearing up a misconception that text donations can undermine other methods of giving. Donors also strongly favored, by 65 percent, the option to donate $25 via text.  Currently, text donors are limited to gifts of $5 and $10.

**The annual survey was conducted online with 993,672 people who completed a text donation through mGive. A total of 20,445 responses were received, a 2 percent response rate. A complete summary of the 2013 Text Giving Study is available here.

As Executive Director of The mGive Foundation, Jenifer is dedicated to expanding the scope and reach of the mobile channel for social good. She brings years of leadership experience in the mobile industry to the position. Previously, Jenifer was a founder and General Counsel for 9 Squared, Inc., a mobile content and services company subsequently acquired by the Zed Group. She left Zed in 2007 and started building the mobile channel for social and charitable effort, later forming The mGive Foundation.