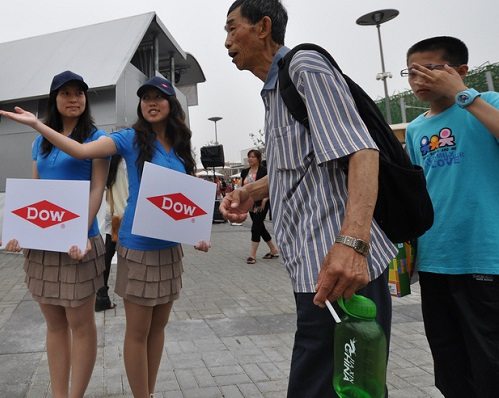 It should be no surprise that Michigan’s decision to undo a variety of collective bargaining rights had the help of anti-union 501(c)(4) social welfare organizations that were none too friendly to unions. Protecting Michigan Taxpayers, a “dark money” nonprofit, served as the “public face” of the opposition to a union-based ballot measure on collective bargaining rights. PMT raised about $23 million in 2012 to oppose the ballot measure from sources such as the Michigan Chamber of Commerce ($6.4 million) and the Michigan Alliance for Business Growth ($5.5 million).

The largest donor to the Michigan Alliance for Business Growth was Dow Chemical, which gave $2 million to the Michigan Alliance for Business Growth in 2012 and $611,700 to the Michigan Chamber. Although PMT is a dark money nonprofit, at least Dow posted this information on its website in a revelation of its support of 501(c)(4) groups and 501(c)(6) business leagues and trade associations’ lobbying efforts. Two million dollars is certainly a huge piece of funding, but Dow actually gave the U.S. Chamber of Commerce even more: a fat $2.925 million toward its lobbying. Dow’s disclosure was part of its “good governance” practice, not a requirement of the law for either corporate donors or their 501(c)(4) or 501(c)(6) recipients.

Protecting Michigan Taxpayers was hardly the only 501(c)(4) active in opposing what they called the “Union Boss” ballot initiative, and corporate funders, at least those that voluntarily revealed their contributions, were active in several, including CVS, Monsanto, Aetna, Exelon, Pfizer, Reynolds American, and Johnson & Johnson. It’s good that Dow revealed its role, but of course, this is some time after the fact, since the ballot initiative was voted on in 2012, and it is unknown how many other corporate donors might have been behind the $23 million behind Protecting Michigan Taxpayers.—Rick Cohen