Dr. Phil on an Exclusionary Boy Scouts: How’s That Working for Ya? 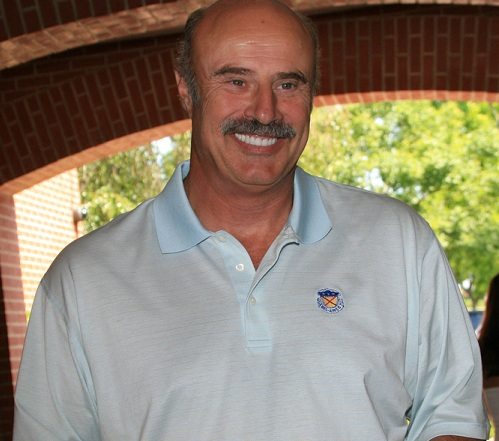 On his Facebook page and in a tweet, Dr. Phil McGraw confessed to being a former Cub Scout and said that, in his opinion, there can be nothing more vital than equality for the scouts to uphold. “Discriminating against young men and families simply because of who they are is wrong. The Boy Scouts should be an example of inclusiveness. As a former Cub Scout, I don’t want any child to miss the opportunity.” He inserted a link to the GLAAD petition.

Somewhere close to 1,460 BSA delegates will vote on the proposal today at the Gaylord Texan hotel in Grapevine. BSA president Wayne Perry, a Seattle businessman, advocates for the resolution along with the rest of BSA’s leadership, saying that it will ensure equality. “All kids belong in the Scouting program, and they are better off for it,” Perry has been quoted as saying. But John Stemberger, an Orlando lawyer and a leader in the anti-resolution camp believes that a yea vote will tear the scouts apart. “The BSA’s own study shows that they will lose 200,000 to 400,000 kids, and I think it will be a lot more than that.”

And many do not think the proposal goes far enough. Among them are the twenty members of Congress who sent a letter to the Boy Scouts that read, in part:

“As part of its mission, the BSA seeks to instill traditionally American values of tolerance, acceptance and inclusion of others in youth scouts in preparation for the responsibilities of citizenship. Today, BSA has a policy that excludes gay Scouts and Scout leaders from participating. This is counter to BSA’s mission to teach our youth to combat discrimination. We are pleased to learn that the National Council will soon take up a resolution at the May 22nd meeting to update its membership standards policy. We strongly urge the BSA to pass the proposed resolution to end discrimination against gay youth.

Furthermore, we believe that BSA should implement a full non-discrimination policy. The BSA has taught generations of young men to be leaders. The BSA is charged with building character and instilling lifetime values. A policy that prohibits young members from transitioning to leadership roles is not only discriminatory, but incongruent with the BSA vision of fostering lifelong leaders.”