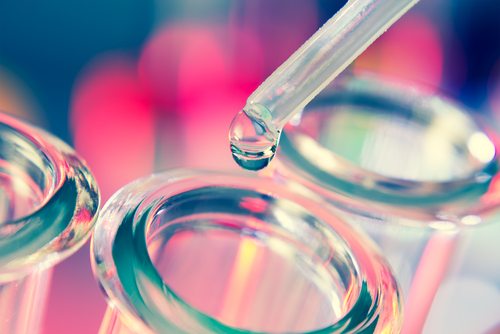 Hundreds of Massachusetts prisoners may soon be released as a result of questionable drug testing at the Hinton Drug Lab at the hands of one overenthusiastic “rogue chemist” named Annie Dookhan who falsified findings. Dookhan worked on cases involving 34,000 defendants over the course of nine years. It would, according to the American Civil Liberties Union of Massachusetts, cost more than $100 million to relitigate them all. It is estimated that 600 convicts may have their sentences suspended and about 25 have already gone through the release process.

Emmett Folgert, the executive director of the Dorchester Youth Collaborative (DYC), a drop-in center in Dorchester, Mass., expects to see many of the younger releases. “Many of them, the first place they are going to come to is right here…They get out of Dorchester court, they walk down the hill on Park Street and they come here even before they come home.” Folgert says that the group is willing to work with them but the stakes are high for the community and those emerging en masse. “So many of these criminals, I haven’t seen the list yet, but I’ve been told not only have problems with drugs, but they have problems with violence and gang problems.”

Many of the releases will be subject to conditions such as GPS monitoring and curfews. Some will be retried and some will not. With existing records, the burden on community groups to try to get them employed and into the right programs will be enormous. Boston Mayor Thomas Menino has established reentry teams made up of police, probation officers and representatives from community groups but Folgert is advocating to have the state legislature bolster Shannon grants, which fund community groups like the DYC but have been cut in half over the past few years.

Some are advocating for the situation to be treated as an opportunity in that imprisonment as a strategy for containing drug use has not been particularly successful. The ACLU’s Carol Rose suggests a strong investment in programs and writes in a blog at Boston.com:

“Mr. Conley and the other prosecutors should work with Attorney General Martha Coakley to instead drop all the drug cases involving defendants who were not charged with violent crimes or weapons offenses, and spend that money instead on community-based treatment and job-training programs. That’s precisely what the ACLU of Massachusetts and Families Against Mandatory Minimums have asked prosecutors to do. The vast majority of non-violent offenders are incarcerated for crimes directly related to drug addiction–drug possession, small sales and small-time theft to pay for drugs. Filling our jails and prisons with these people doesn’t address the underlining cause of their criminal activity–drug addiction. It certainly doesn’t guarantee that they will stop using drugs since we know that drug use is commonplace in our jails and prisons.”

Rose suggests that the money that would have been used to warehouse those in question be used to help them reintegrate fully, concluding:

“Adopting these proposals will repair the integrity of the Commonwealth’s justice system, save taxpayer dollars and bring some justice to this scandal’s victims. Let’s take this opportunity to improve the lives of real people, their families and our communities by helping them become productive members of society. The black cloud of the drug lab scandal can, in fact, have a silver-lining and help us get smart on crime and build safer communities.”

The community certainly deserves a response adequate to the scale and immediacy of the problem and maybe a very different response is required here. –Ruth McCambridge