Egypt Denies U.S. Nonprofits’ Request to Operate Within the Country 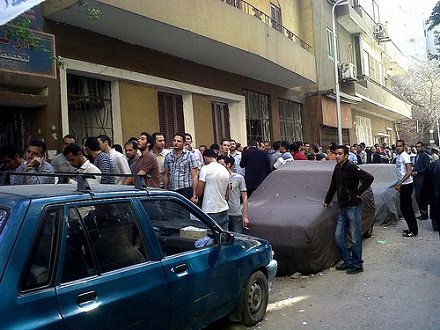 Egyptian authorities have rejected requests from eight U.S. nonprofit groups to operate locally within the country. An Egyptian Social Affairs Ministry official said licenses were denied because the groups’ activities would violate the country’s sovereignty. The decision came after a government clampdown on NGOs last December, following the arrests of several American nonprofit employees —further straining relations between the U.S. and Egypt.

The Carter Center, which aims to guarantee free and fair elections, is the most well known of the eight groups prevented from conducting local operations. Other organizations applying for permits to work within Egypt were linked to U.S.-based churches. The nonprofit headed by former President Jimmy Carter being denied access raises serious doubts about Egypt’s first presidential elections since protests against authoritarian leader Hosni Mubarak erupted. Egypt’s military rulers permitted the Carter Center forty observers of the parliamentary elections, which ran from November to February. This decision to now deny the Carter Center any in-country observation doesn’t bode well for transparency in the upcoming election.

The Carter Center has an excellent reputation for monitoring elections around the world. Despite the existence of a parliament during the decades of Mubarak’s rule, it was hardly a democracy, many political parties were banned, and the most significant critics of Mubarak were not only suppressed, but also jailed. There is no real history of free and fair elections in Egypt, which has suited the nation’s military rulers during and after Mubarak’s reign just fine. Now, with elections approaching as the product of the Arab Spring toppling the old general and his family, the military appears to be getting increasingly uncomfortable with too many independent groups potentially able to watch and report on the electoral process. In this fragile moment in Egypt’s halting transition to a democracy, the presence of the Carter Center and others not connected to any political, social, or religious faction in Egypt would be hugely beneficial. –Aine Creedon