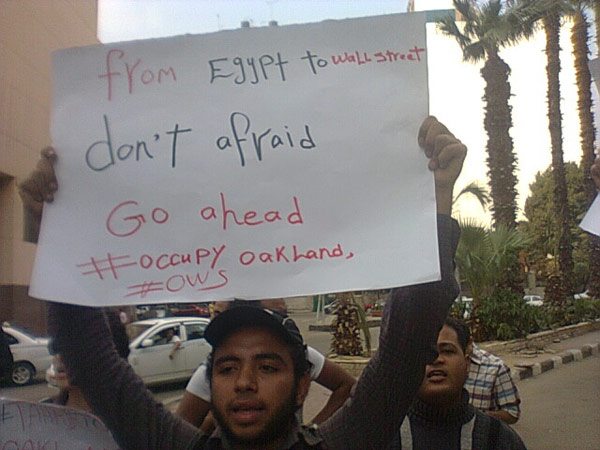 NPQ has been closely following the growth of the “occupy” movement because it represents a new and apparently powerful sensibility that is cutting across many of the usual boundaries so we take note today as pro-democracy Egyptian protestors marched from Tahrir Square to the U.S. Embassy in support of the protestors at Occupy Oakland. The Occupy Oakland site was invaded by police on Tuesday and Scott Olsen, a young veteran of Iraq was badly injured. He is 24 which is the same age as Essam Ali Atta, a political prisoner who died by torture in Egypt and whose funeral was held today.

Is Diversification of Revenue Good for Nonprofit Financial Health?

Missing Art Dramatically Returns to Help Us Focus on...