Elimination of Poverty through Marriage Promotion: Guess That Doesn’t Work 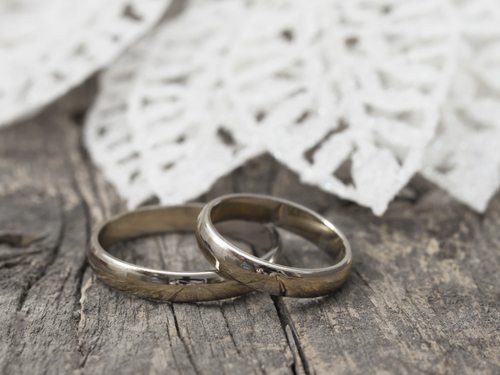 Even though single-parent households are much more likely to live in poverty than two parent households, Kristi Williams, associate professor of sociology at The Ohio State University, says that the federal Healthy Marriage Initiative that was part of the 1996 GOP-promoted welfare reform legislation did not work. The initiative promoted marriage as an answer to poverty largely through faith-based efforts. “If the goal of marriage promotion efforts was truly to lower poverty rates and improve the well-being of unmarried parents and their children, then it is time to take a different approach,” Williams said.

According to an article from 2012 in Mother Jones, whose description of some of the “Oprah-style” relationship workshops that were funded for a pretty penny is a distressing testament to a denial of reality, the marriage initiative was championed by such noteworthies as Iowa Sen. Chuck Grassley, former Pennsylvania Sen. Rick Santorum, and current Kansas Gov. Sam Brownback, but Obama has continued to support it in a slightly toned-down form. In “Promoting Marriage among Single Mothers: An Ineffective Weapon in the War on Poverty?” a report written for The Council on Contemporary Families Williams writes:

How can we improve the lives of the growing numbers of unmarried mothers and their children? So far, a dominant approach has been to encourage their mothers to marry. At first glance, the logic makes sense. If growing up in a two-parent home is best for children, then adding a second parent to a single-mother home should at least partially address the problem. The 1996 welfare reform legislation and its subsequent reauthorization institutionalized this focus on marriage by allowing states to spend welfare funds on a range of marriage promotion efforts.

The flaw in this argument is the assumption that all marriages are equally beneficial. In fact, however, the pool of potential marriage partners for single mothers in impoverished communities does not include many men with good prospects for becoming stable and helpful partners. Single mothers are especially likely to marry men who have children from other partnerships, who have few economic resources, who lack a high-school diploma, or who have been incarcerated or have substance abuse problems. The new unions that single mothers form tend to have low levels of relationship quality and high rates of instability. A nationally representative study of more than 7,000 women found that approximately 64 percent of the single mothers who married were divorced by the time they reached age 35-44. More importantly, single mothers who marry and later divorce are worse off economically than single mothers who never marry. Even marriages that endure appear to offer few health benefits to single mothers unless they are to the biological father of their first child.

The hope of the marriage promotion campaign was that marriages in low-income communities could be made more stable and beneficial through skills training and support. Although one program in Oklahoma City slightly increased relationship stability, the most rigorous evaluation of the programs in eight cities found that, overall, they created no long-term improvements in new unwed parents’ relationship quality, marriage rates, or children’s economic wellbeing, and they actually resulted in modest decreases in fathers’ financial support and parental involvement.

Williams concludes, “It makes more sense to provide women with the resources and knowledge to prevent births that are not planned, which seems to be the most helpful in the long term. We can do that with comprehensive and early sex education and expansive and affordable access to birth control and family planning services.”

A recent study indicates that study the poverty rate of single-parent families in the United States is nearly twice the average of 16 comparable countries. The difference? “Paid parental leave and publicly funded child care for children under age 3 appear to be especially helpful in reducing poverty among single mothers,” Williams said.—Ruth McCambridge