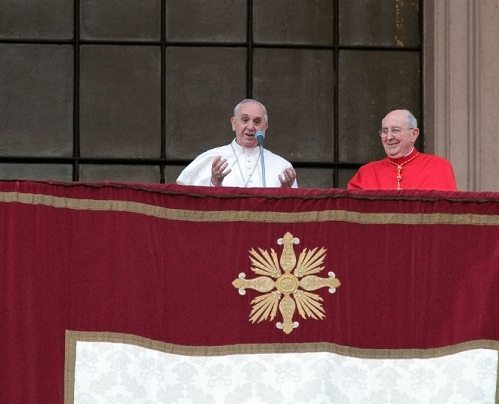 According to the Washington Post, the Vatican is in the habit of distributing bonuses to its employees when the position of Pope turns over. But this time, Pope Francis has instructed that the bonuses be foregone and he will replace them with donations from his charity account. Alessandra Speciale reports to the Washington Post that, in 2005, “some 4,000 Vatican employees received a 1,000 euro bonus ($1,300) upon the death of Pope John Paul II, and another 500 euros ($650) upon the election of his successor, Benedict XVI.” The total was $7.8 million.

Vatican spokesman Frederico Lombardi says that the move has nothing to do with the Vatican’s financial difficulties, but according to UPI, the Holy See reported a $19 million deficit for the Vatican in 2011, and four months ago, its cardinal secretary of state said that the Vatican needed to put “effective” cost-cutting measures due to “continuing inability to increase revenues” and that this was (they hope) a result of the lingering economic crisis.

Reportedly, the new Pope has also reduced the degree of “liturgical pageantry” and has rejected the palatial estate where popes have resided since 1903 in favor of a more humble lifestyle in the Vatican guesthouse.—Ruth McCambridge