Environmental Nonprofit Invaded and Shut by Government in Ecuador 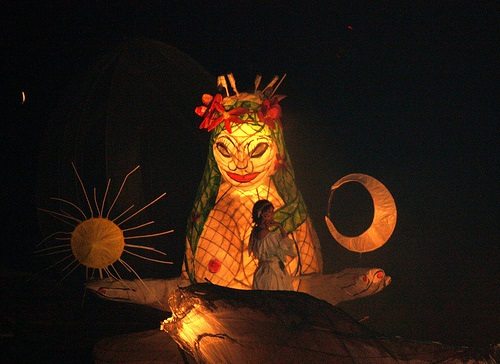 Coming so soon on the heels of the arrests of the Greenpeace activists in the Arctic, and in light of a 2012 story regarding a Canadian Crackdown on nonprofits, this story suggests that more and more environmental activists are being targeted by governments prone to suppress civil advocacy.

The Ecuadorian government descended on and shuttered the Pachamama Foundation, a nonprofit that works on indigenous peoples’ rights in environmental issues and opposes Amazon rainforest oil drilling. The government is claiming that Pachamama was disturbing public order.

More than a dozen government officials showed up out of the blue and shut the organization, citing Executive Decree No. 16. That decree, issued in June by Ecuador’s president, sets out restrictions and regulations for NGOs and includes broad grounds for dissolution. The order of closure argues that Pachamama has violated articles 2 and 7 of the decree: “Deviation from the aims and objectives for which it was created” and “Engaging in political activities reserved for political parties and movements registered in the National Electoral Council, that affect the public peace or that interfere in public policies that threaten the internal or external security of the state.”

“We consider it an act of violence,” said foundation director Belen Paez. “That is not how one notifies a legally constituted organization that it is being shut down…. What angers President Correa is that we are at the front lines in a conflict over this country’s economic development. We oppose the expansion of the frontier of oil exploration into the Amazon.”

President Rafael Correa’s administration is considered by some to be unfriendly to free expression. On Saturday, Correa made a television appearance where he exhibited photos of protesters, some of whom he claimed were Pachamama members, and the Interior Ministry took to Twitter to accuse the groups of “straying from its statutory objectives” and endangering “internal security and public peace.” Correa charged that Pachamama had participated last week in the harassment of Chile’s ambassador and a Byelorussian businessman who had attended a presentation on Amazon oil concessions. The government had recently auctioned off 13 oil concessions on the Peruvian border.—Ruth McCambridge