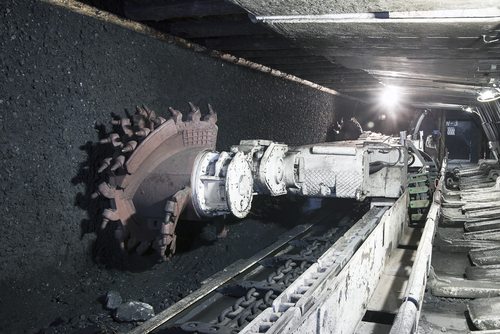 The Center for Public Integrity asks why the Energy Foundation, dedicated to ameliorating climate change caused by human activity, funded the American Action Forum (AAF), which promotes policies that would further harm climate change, such as increased production of coal, oil, and natural gas. The American Action Forum gets special attention for its muscular support of coal production and its argument that the Obama administration is “regulating coal out of existence.”

The Energy Foundation’s explanation is that it funds a wide variety of perspectives on the environment, including the Natural Resources Defense Council, the Environmental Defense Fund, and Earthjustice. Giving the Forum $125,000 for “high-level outreach and communications around carbon policy,” given AAF’s well known opposition to the administration’s low-carbon approach, means communications with a specific intent and message.

Maybe the Energy Foundation simply missed the deep connections of the American Action Forum to other very political and very conservative organizations. The president of the forum is Douglas Holtz-Eakin, who ran the Congressional Budget Office under President George W. Bush, served as a high level economics advisor to the McCain campaign, and has been a visiting fellow at the Heritage Foundation. Holtz-Eakin has been writing, in recent years, on the positive activities of foundations, including what he says is the excellent performance of foundations responding to the mortgage foreclosure crisis.

AAF’s board includes conservative financier (with roots back to the Nixon administration) Fred Malek, former Sen. Norm Coleman (R-Minn.), and former Gov. Jeb Bush (R-Fla.). Coleman is chair of the 501(c)(4) American Action Network, founded by Malek, and chair of the Congressional Leadership Fund, a Super PAC. Citizens for Responsibility and Ethics in Washington’s Melanie Sloan says that Coleman’s 501(c)(4) has spent well north of 50 percent of its revenues for political activity, a violation of the 501(c)(4) standards threshold for politics. Coleman is also co-chairman of the Republican Jewish Coalition, which is trying to mobilize the Jewish vote for Romney and has contributed to the American Action Network.

There are more layers of complexity to the nested layers of organizations and money flows here, and that is really the issue at hand. There’s nothing wrong with the Energy Foundation giving the AAF a six-figure grant, even though the explanation about wanting to support both liberals and conservatives on the issue sounds flimsy. There’s nothing wrong with the American Action Forum defending coal, even if many of us think it’s an energy source whose time has come and gone, given its impact on climate change.

What is of concern, not just about the Forum, but about many political (c)(4)s, is their relationship with (c)(3)s, other (c)(4)s, PACs, Super PACs, and more. These interrelationships make it extraordinarily confusing to figure out where the money goes, who’s funding whom, who’s running whom, and whether the (c)(4)s are sticking anywhere close to the rule on how much they can spend on direct political activities. It’s a mess. This is what should have concerned the Energy Foundation: in giving a grant to the American Action Forum, where is the money really going and what will it actually accomplish?—Rick Cohen