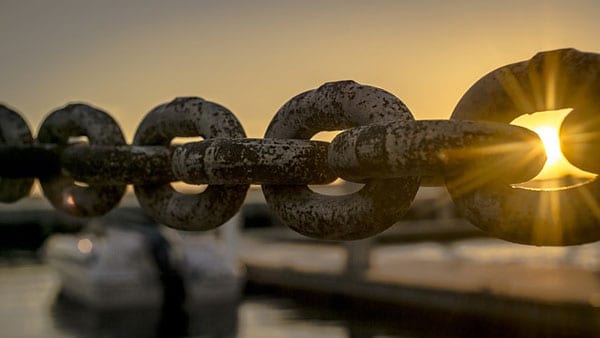 Earlier this year, NPQ wrote about the strategic investments approach of the Puerto Rico Community Foundation in its recovery efforts post Hurricane Maria. This week, we caught up with its president, Nelson Colón, as he prepares for a speech at the City Club of Cleveland on community investment opportunities in Puerto Rico.

The City of Cleveland and Puerto Rico have what Colón describes as, “mutually enriching social, cultural, and economic relationship.” Shortly after Maria, the city’s baseball team, the Cleveland Indians, visited San Juan with a group of Cleveland leaders and stopped by the foundation to learn about its equity-focused funding approach. A year after the storm, during which many on the island and the states have decried Puerto Rico’s entrenched inequity, the foundation is still the only funder on the island with an equity strategy.

And it is good to have good friends, because Colón’s portrait is of a Puerto Rico in collapse. The foundation’s strategic community investments focus on the basics: energy, water, housing, and economic development—what Colón calls vital social resources. He presents these as opportunities for community investing.

The foundation’s energy work focuses on providing solar energy to communities that were disconnected from the island’s electricity grid. This allows the community clinics to operate their emergency rooms on a 24/7 basis. This is critical; an estimated 2,975 Puerto Ricans died as a result of Hurricane Maria according to a George Washington University study commissioned by the island’s government, the majority for lack of access to medical services. The foundation plans to cover 100 clinics in Puerto Rico. It has already equipped 24, so it has 76 to go. None of the other foundations in Puerto Rico are providing energy to community clinics. There are some funders coming in from the US, but not as fast as Colón would like to see.

The foundation also provides solar energy for low-income elders living in elderly homes and for community aqueducts. One of the consequences of the collapse of the power grid was that community aqueducts were left without power and, therefore, suffered infestation of leptospirosis, a deadly bacterium that killed a number of people. There was no incidence of leptospirosis in Puerto Rico before the storm. These investments allow these communities to continue running their aqueducts even when they are disconnected from the central electrical system. Colón refers to it as a movement that connects communities into a network and, he says, “maybe even more important, supports them to develop a sense of ownership towards that vital resource.” The foundation has equipped 19 aqueducts with their own independent supply of electricity, out of a goal of 100. Colón’s hope is that people will not be without clean water in the face of another emergency.

The foundation has a very targeted housing strategy focused on Loíza, the island’s poorest municipality. It has partnered with the mayor of Loíza, Julia M. Nazario, and the Ricky Martin Foundation in its efforts. To start, it is focused on the first subset of houses that need rehabilitation and are not within the scope of either FEMA or the federal government for various reasons, mostly because they are built out of construction code or its residents are well below the poverty level and therefore do not have enough resources to qualify for government support. (Yeah, crazy.) The foundation has a goal of 27 and has completed seven so far. Colón is confident: “We’re moving at a very rapid pace.”

The families that receive this support contribute sweat equity by participating in the rehabilitation of their houses, or cooking food or providing lodging for volunteer workers. Colón says, “Everything counts.” Once it completes this initial subset, the foundation will work with the Ricky Martin Foundation in its goal of 225 new units. The total number of rehabilitated and new homes in Loíza will be 252, though the total number of homes destroyed is much higher, close to 1,000. But, Colón says, “This is the extent of our capacity.” The foundation now has a community housing development organization rebuilding housing in Loíza and generating jobs. Colón is optimistic, he says. “As we move in that direction more and more, the communities are approaching the goal of self-sufficiency in different ways.”

Colón is hopeful that funders and other investors will join this process. His is an invitation to philanthropy to invest in the areas of electricity, water, housing, and economic development, and for business investors to invest in a community investment fund that supports nonprofit organizations engaged in economic development. This money would go toward business incubators, working capital, and bridge financing. The bridge financing is key; nonprofits in Puerto Rico are cash-strapped because federal payments for services now occur only on a reimbursement basis.

Colón has yet to see HUD money arrive in any significant quantity. “That is taking forever,” he says. In the meantime, Colón has a second job, traveling back and forth between Puerto Rico and the US mainland doing public speaking on behalf of the island, and, as he says, “communicating an alternative perspective of rebuilding Puerto Rico on an equitable basis, and the notion of equitable access to resources.”

In the short-term, that is, over the next three years, the foundation has two goals: to complete 100 aqueducts, which will cost $10 million, and 100 clinics, which adds another $3 million for a total of $13 million to start rebuilding what Colón calls, “the access road to social resources.”

Many Puerto Rico foundations are focusing on supporting the more developed, sophisticated organizations on the island. Colón understands this approach. He says,

In the meantime, Colón notes that, in the midst of the first hurricane season since Maria, the sense on the island is of collective post-traumatic stress disorder. A few weeks ago, rain was announced; “nothing major,” says Colón, but the supermarkets were flooded, the traffic jams were endless. “It’s just reliving again Maria’s trauma.”

In one year, the Community Foundation of Puerto Rico has accomplished quite a bit through an equity-focused, grassroots, risky but high-yield strategy. This has epitomized, in fact, an embrace not of risk management but of risk leadership. The foundation, however, is still en route to its goal of building equity into the complex recovery process of this still-colonized territory.

You can watch Colón’s speech at the City Club of Cleveland today at noon. The Club is a platform for sharing ideas. Prior speakers have been Barack Obama, Robert Kennedy, and Desmond Tutu. Given the boldness of his vision, Colón is in good company.