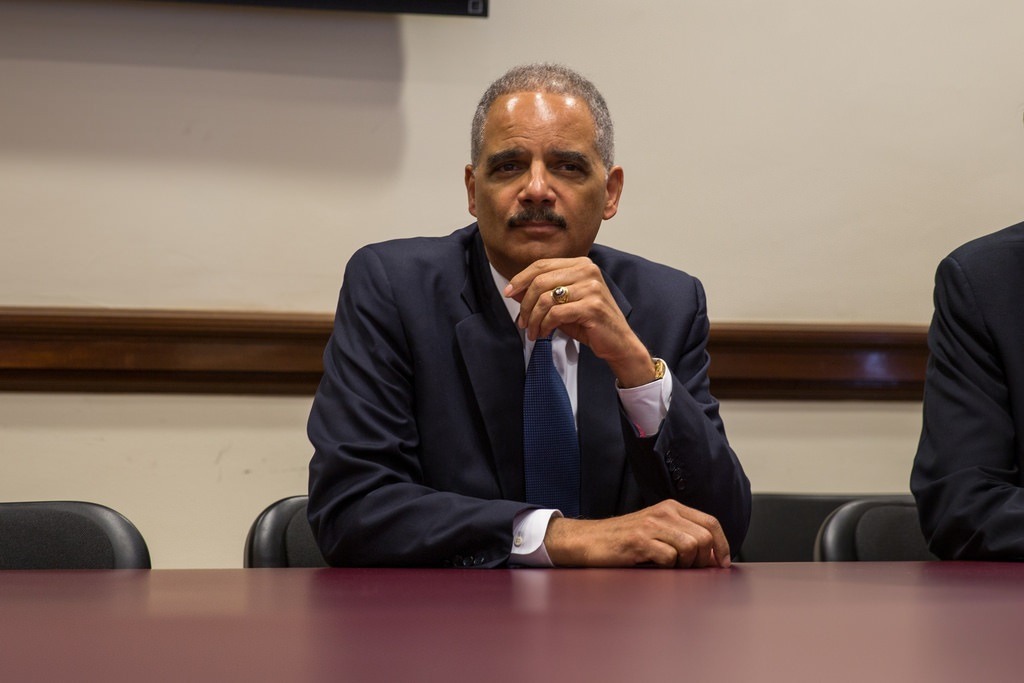 Former attorney general Eric Holder suggested in an interview Monday that Edward Snowden might be able to strike a deal with the U.S. government that would allow him to return home.

Saying that “we are in a different place as a result of the Snowden disclosures” and that “his actions spurred a necessary debate” that resulted in changed policies on surveillance, Holder said, “I certainly think there could be a basis for a resolution that everybody could ultimately be satisfied with. I think the possibility exists.”

The fact that Holder is suggesting that Snowden’s actions may have had a positive result on policy and law places Snowden’s actions further in the “whistleblower” category, for which a plea reasonable to both parties could more plausibly be negotiated.

Holder has just rejoined Covington & Burling, the elite Washington law firm where he worked before taking over as attorney general in 2009. In his role as AG, he had a role in filing a three-count felony espionage charge against Snowden in 2013.

Holder’s remarks to Yahoo News go further than any current or former Obama administration official. “The former attorney general’s recognition that Snowden’s actions led to meaningful changes is welcome,” said Ben Wizner, Snowden’s attorney. “This is significant…I don’t think we’ve seen this kind of respect from anybody at a cabinet level before.”

Holder stopped short of speculating about the parameters of a possible deal, and Melanie Newman, chief spokeswoman for Attorney General Loretta Lynch, Holder’s successor, denied that there were any such considerations in play. “This is an ongoing case, so I am not going to get into specific details, but I can say our position regarding bringing Edward Snowden back to the United States to face charges has not changed,” she said in an email. Some sources, however, are speculating about a guilty plea on one felony count and a sentence of three to five years in exchange for full cooperation with the government.

Wizner, however, says any prison time would be unacceptable to his client. “Our position is he should not be reporting to prison as a felon and losing his civil rights as a result of his act of conscience.”—Ruth McCambridge