Ethnic Philanthropy Extends Its Reach: A Conversation with Maha Freij of the Center for Arab American Philanthropy 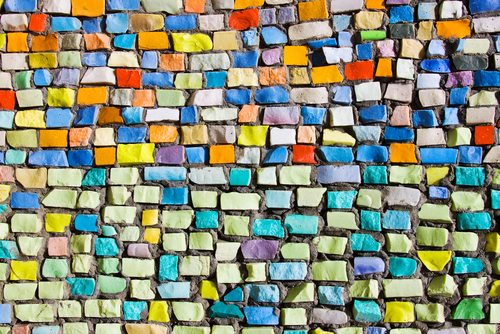 How important are charitable or philanthropic funds established by ethnic or racial groups? Has the development of middle classes in the African American, Asian American, and Latino communities reduced the pressure on groups to generate capital to fund the needs of their own communities? Have comparatively newer ethnic or racial groups in the U.S. begun to develop their own charitable grantmaking mechanisms?

These questions were prompted by a chance coincidence, a get-to-know-you conversation with Maha Freij, the founder of the Center for Arab American Philanthropy, that turned into a two-hour exploration of the importance and implications of philanthropy identified with and controlled by emerging and longstanding ethnic and racial groups.

The Seeds of Ethnic and Racial Philanthropy

For some years, ethnic and racial activists from the Latino and African American communities were strong proponents of creating their own charitable and philanthropic funds. Such funds were not simply to serve their own communities that might be underserved by mainstream philanthropy, but also to offer grants with an ethnic or racial cast to other nonprofits. This was a big, visible movement in the 1980s and 1990s and even earlier. Efforts such as the National Black United Fund and various Asian American and Latino funds were set up to capture and distribute charitable dollars originating within those communities.

The first Black United Fund was the Brotherhood Crusade in Los Angeles, created in 1968 by Walter Bremond, then a program officer at the Cummins Engine Foundation. That led to the creation of similar funds in Philadelphia, Chicago, Oakland, Memphis, and Portland, Ore., among others, and in 1972, the National Black United Fund (NBUF) was established. The United Latino Fund (ULF) was created in 1990, also in Los Angeles, and in 1996, the Hispanic Federation created the National Latino Funds Alliance, now with eight members, though not the ULF in Los Angeles. The foundation affinity group Asian American Pacific Islanders in Philanthropy (AAPIP) has been promoting Asian American “giving circles” as mechanisms for “increasing philanthropic capital to our communities and…moving individuals to act on their own initiative, counting 17 giving circles in the U.S. To some, these funds were at the forefront of social justice philanthropy, supporting causes that mainstream charities such as the United Way, community foundations, and local private foundations shied away from (though foundations such as the W.K. Kellogg Foundation played prominent national roles in promoting ethnic philanthropy and sometimes helping capitalize the funds themselves).

At the forefront of the contemporary philanthropic movement within the Arab American community is Maha Freij’s organization, the Center for Arab American Philanthropy. The Center is actually a project of an organization called ACCESS, a 41-year-old service organization based in Dearborn, Mich. The location should be no surprise, as Dearborn is the center of the Arab American population of the U.S. Of the 1.7 million Arab Americans in the U.S., one-third live in California, New York, and Michigan. One-third of the population of Dearborn, Mich. has some Arab heritage. ACCESS developed along with the growth of the Arab American (mostly Lebanese) population of southeastern Michigan, growing from a volunteer-run storefront operation to a significant service provider with 270 staff and programs in physical and mental health, employment services, academic programs for youth, and a panoply of information, referral, immigration, and legal services.

But the story Freij describes is far from simply a growing service delivery shop. In her telling, ACCESS developed into an institution of symbolism and meaning not just for the Arab American community of southeastern Michigan, but nationwide—and that led it into an appreciation of the importance of philanthropy to ethnic communities. As ACCESS developed, Freij and others saw the possibilities of ACCESS serving as a voice for the Arab American community. One step toward institutionalizing that function was its plan for creating an Arab American National Museum (AANM). Opened in 2005, this remarkable facility documents the presence and history of people of Arab heritage in the United States. Among the nation’s 17,500 museums, the AANM is the only museum devoted to the contributions of Arab Americans and as such is now the only museum in Southeastern Michigan certified as an affiliate of the Smithsonian Institution.

Although ACCESS received important grant support for the museum from foundations such as the Ford Foundation, the Ford Motor Company Fund, and the Kresge Foundation, Access’s fundraising effort for the museum took it to Arab American populations in the Detroit suburbs (many of whom didn’t know much or anything about ACCESS) and around the nation. Freij describes some significant fundraising success among Arab Americans in a secular, ethnic setting, rather than being framed through a religious lens (Freij points out that a large proportion of the Arab American population, particularly Lebanese, is Christian, not Islamic). As Freij said, she and her colleagues—and probably many contributors to the museum—“don’t like how our story is told by Fox News.” “We are not that naïve to say that we would deal with a machine like Fox News,” she explained, but the museum “helps to dispel the kind of (mis)information” that Freij says Fox spreads.

The museum helps the Arab American community retake control of its image and identity, but does so using the philanthropy of an ethnic population. In reaching out to major donors around the nation for the museum, ACCESS saw other potentials for voice and message. In 2004, it launched the National Network for Arab American Communities, which includes 23 organizational members in 11 states. The Network provides members with organizational development technical assistance, advocacy support on issues such as civil rights and immigration rights, and support with community services. Among the major funders of the Network have been the Ford Foundation, the Carnegie Corporation, and the Open Society Foundation, all significant funders of immigrant and civil rights.

Freij touched on the importance of building sustainable institutions, citing Arab American organizations that had flourished for a while only to collapse as passionate leaders moved on. “What do you have to have in place,” she asked, “to move from organization to institution?” While the Network builds on technical assistance resources from the Nonprofit Finance Fund and has a staff person recruited from the Michigan Nonprofit Association who is totally dedicated to organizational development, there is a dimension of its organizational development that relates to concepts of ethnic group empowerment. Key to the Network’s organizational development work is “learning from each other,” Freij said, the “totally different effect” that occurs “when someone who looks like you and is dealing with the same [kind of] community as you” provides the assistance. The same mechanisms of empowerment underlie the possibilities of other ethnic or racial philanthropy.

The Growth of Arab American Philanthropy

With funding support from Kellogg plus the C.S. Mott Foundation, among others, Freij and her colleagues explored ethnic funding models among Latino, Jewish, and Native American populations. Out of the interviews and research emerged the form for the Center for Arab American Philanthropy (CAAP), established in 2006. CAAP combines funds for the support of grassroots Arab American organizations (or sometimes individuals, through scholarships) and for reaching out to non-Arab American institutions.

The money is relatively small, with grants from its general fund totaling only $180,000 over its first three years (plus perhaps a similar amount from individuals’ donor-advised funds managed by the Center), but the point may not be having big dollars to show, but the knowledge that the grants—now from 50 funds established at the Center—“are known as Arab American dollars,” Freij contended.

The Center is now building more rapidly, perhaps aided by the credibility ACCESS and the Network bring as organizational partners. Still, it is young, and Freij believes that it is important to offer donors a process of establishing funds at the Center that are free of administrative fees; the administrative costs of running the Center are raised separately, though Freij says she hopes that as the Center gains its own credibility, it will be able to establish a fee structure for its donor-advised funds in the future.

Among the 50 or so funds, Freij spoke particularly passionately about the Media Scholarship Program initially capitalized by Jack Shaheen, which has so far awarded $50,000 in scholarships to Arab American college students to help them find leadership positions in media organizations where they can “work…to dispel damaging images of their culture, offer…insights drawn directly from their heritage, and bridg(e) gaps in understanding between the West and the Arab world.” The Center is in fact modeled on a community foundation structure, with donor-advised funds, field of interest funds, and, since 2011, a fundraising effort for an endowment fund. In addition, however, the Center facilitates giving circles and helps with the establishment of family foundations.

Broadening the Reach of Ethnic Philanthropy

Arab American philanthropy isn’t just, as put in the Kellogg report, a matter of “enabling and empowering people of color to take a stronger leading role in addressing both urgent issues and long term social change in their communities.” It is also focused on putting the Arab American community front and center in states and localities as legitimate, strategic funders of efforts for broad community improvement and advancement. Philanthropic empowerment for ethnic and racial groups isn’t found in withdrawal or isolation, but in forthright engagement with other communities from a position of clarified identity, message, and strategy. That seems to be the path that the Center for Arab American Philanthropy is pursuing—successfully—in its efforts to capture and harness the charitable giving power of Arab Americans.