Existence of a Reserve Fund in this Nonprofit Threatens its Future 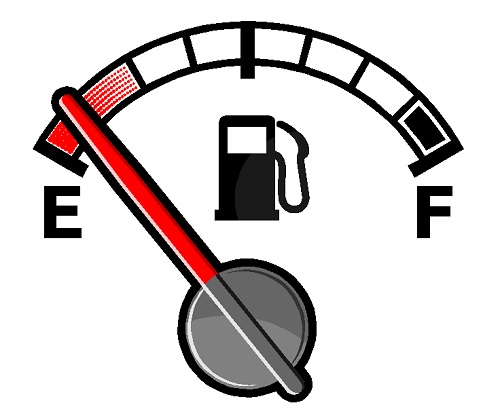 The Contra Costa Times reports that the San Francisco Bay–area county will terminate its contracts with a Concord-based nonprofit  that, in their words, “squirreled away tens of thousands of dollars of public money instead of using it to provide the mental health services it was hired to perform.”

The County Board of Supervisors voted 4-1 to end its four contracts worth $1.85 million with Concord-based Mental Health Consumer Concerns at the end of the calendar year. Mary Hogden, the nonprofit’s executive director, said that this would essentially force the nonprofit into bankruptcy and put about 40 employees out of work. Although board members agreed they had made mistakes, they told supervisors before the decision that they had replaced key managers and vowed to repay taxpayers through grants and donations.

And even though county supervisors agreed that lax oversight led to the development of the reserve, only Federal Glover of Pittsburg, Calif., voted against severing the contracts. He said that not only was the fault shared, but “this is an agency that has been around for more than 30 years and has provided, by all accounts, great services.”

The investigation that led to the action showed that since 2007, MHCC was putting 15 percent of its contract payments into a reserve account instead of expending it fully on direct services that same year, as required by contract. Subsequently, about hald was spent on the right kind of things but in the wrong year, and half was spent on  restructuring.

The nonprofit concedes that its staff made accounting mistakes and agrees it owes Contra Costa and Napa counties nearly $400,000, but it had asked county supervisors for more time to pay the money back and for a commitment to fund the agency’s operations through 2016.

“While MHCC management and our board must take responsibility for the current fiscal crisis, Contra Costa County’s lack of financial diligence and oversight also allowed this problem to compound over the course of five years,” the nonprofit’s board wrote in a five-page appeal to the county.

The county moved to terminate the contracts after a seven-month investigation prompted by complaints filed last spring. The investigation showed MHCC diverted $363,606 of county payments for services into a reserve account between 2007 and 2010, but there was no evidence that the money was spent improperly, nor that the agency failed to deliver the mental health services it was contracted to deliver.

But the contracts specifically permit reimbursements only for actual service delivery expenses, and prohibit the carrying over of funds from year to year, said the county’s Behavioral Health Services director, who estimates that the county could recoup roughly $200,000 worth of services from the agency in November and December, and still be owed $163,000.

County staff conceded that proper fiscal checks were not done during the years in question, although it has now tightened its reimbursement policies for all contractors. Contra Costa Supervisor Karen Mitchoff (of Concord) agreed that the county failed to check up on the nonprofit, but it is not clear if the supervisors will bail it out in view of the county’s lack of proper oversight.

“I am not sympathetic to the establishment of the reserve, and the nonprofit board knows they had a fiduciary responsibility to be on top of this,” Mitchoff told the Times.

MHCC is run by mental-health service consumers for individuals with mental illness. Since 1976, it has offered patient rights advocacy, life skills coaching, anger management classes and numerous other programs at wellness and recovery centers in Contra Costa County, a suburban county northeast of San Francisco, across the Bay. It also includes some of the most low-income communities in the region.

The Times does not report that MHCC failed to provide the services it was contracted to provide, or that the funds were misspent. Perhaps it may be as simple as the county not recognizing that running a surplus and reinvesting it back into services, or accumulating a reserve, is widely viewed as good management practice—another example of government’s failure to understand the role of overhead and sustainability in managing a nonprofit organization, let alone exercising adequate oversight of its contracts with the community-based organizations to which it outsources key public services.

Nonprofits are continually being told that they should develop reserves so that they are able to meet unexpected expenses and reorganize when necessary. Apparently, this contracting system precludes that, which in itself is bad practice, especially with an agency that has provided excellent service for more than three decades, but when there is agreement that both management at the agency and at the county were lax on this issue, the decision to cut the contract appears very questionable.

NPQ is, of course, less familiar with this situation than those on the scene, but have other nonprofits been faced with similar issues in their contracting relationships?—Larry Kaplan and Ruth McCambridge