Exploring the “Vote with Your Mission” Model 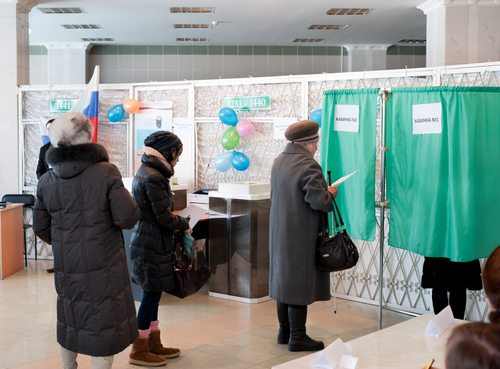 May 2, 2012; Source: The Nonprofit Consultant Blog

You know the rules. You can’t steer your 501(c)(3) public charity into partisan politics. You can’t tell your staff, your board members, your constituents, or your clients who to vote for.  Some nonprofit leaders may be arguing for new rules to allow more partisan political engagement by (c)(3)s or the creation of a (c)(4) whose mission is to advance the values of the nonprofit sector, whatever that might be given the amazing diversity of nonprofit organizations by type, size, constituency, and purpose.

But beyond registration, if nonprofits can’t and shouldn’t tell people what or who to vote for, what else can they do?

A model might be the “Vote With Your Mission” campaign of the California Association of Nonprofits. The new executive director of CalNonprofits, former CompassPoint Executive Director Jan Masaoka, has set a goal of 100 percent of eligible nonprofit staff, volunteers, and board members turning out to vote in the June and November elections. How should they vote? By whatever motivated them to work in the nonprofit sector. “All of us have come to work and volunteer in nonprofits because we have ideals about changing the world,” Masaoka said. “Whatever those ideals are, use your vote to further them.”

There are multiple positive dimensions to the Vote With Your Mission campaign. Not only is it good to remind nonprofit people about their right to vote (in local elections too!), but it’s also good to ask them to look at their values as people in the nonprofit sector and examine how those values play out in the choices they face on the ballot.

Those values and beliefs play out not just in nonprofit voters’ assessments of which politician to reward with votes, but also, particularly in California, in what to say about the multiple statewide ballot measures to be presented to the California electorate. In California this June, those measures will include items on term limits for lawmakers (Proposition 28) and an increase in cigarette taxes to fund cancer research (Proposition 29). In November, if they get the required number of signatures, potential initiatives will call for new restrictions on unions’ use of payroll-deducted dues for political purposes and the repeal of the death penalty.

What is it about your work in the nonprofit sector that shapes your belief system, and how will you express your beliefs in the voting booth? This is what CalNonprofits is asking nonprofit people. Elections will benefit for sure, but so will nonprofits whose staff and volunteers reexamine exactly why they are doing what they do.—Rick Cohen