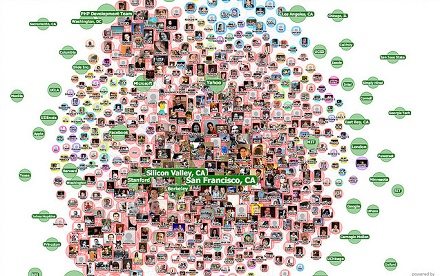 Kimberly Scharf, a professor from the Centre for Competitive Advantage in the Global Economy (CAGE) at the University of Warwick has done a study suggesting that having more Facebook friends may work against one’s effectiveness in getting those friends to give to one’s chosen charities. Scharf has found that there is, in fact, a greater rate of giving when groups of friends are smaller and more closely knit. From the study:

“We have shown that information sharing incentives in this model are stronger the smaller are individuals’ social neighbourhoods, and this effect always dominates any advantage that larger neighbourhoods may have with respect to the diffusion of information, resulting in a lower level of provision of collective consumption at the economy level. It is worthwhile noting that, in interpreting this result in the context of real-world social connections, the size of communities need not be understood in a geographical sense. What is relevant to our arguments is the size of social communities—which include communities of co-workers, on-line communities, and the like. Thus, for example, while an increase in population density might be thought of as implying an increase in the size of geographical social neighbourhoods, it might actually lead to more rather than less information sharing if it is accompanied by a rise in the relevance of smaller, non-geographical social communities in individuals’ social lives.”

This finding, in Scharf’s view, relates to some older findings about the bystander effect. “Information transmission about giving opportunities is undermined by ‘free riding’ incentives” comments Scharf. “I count on other neighbors to convey information and so save on the effort of doing it myself. If there is less information flowing about who are the more effective charities, then not all donations will be going to the best performing charity and there will be a reduction in the charitable good or service. As well as relying on others to pass on information, it may also be true that people are even relying on others to donate.”

She continues, “Economists have traditionally viewed giving as an individual choice. It is time for a rethink—we are long overdue in asking questions about how social connections shape giving. The answers are important. They will help us understand how better to target private and public resources aimed at promoting giving.” –Ruth McCambridge