Faces of the Fallen: Nonprofits Folding after Federal Cuts 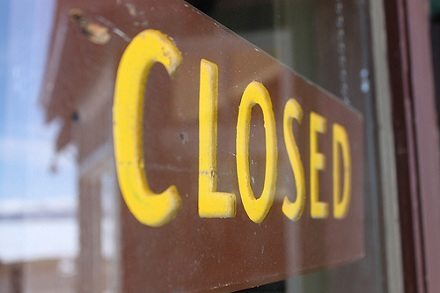 The popular press talks about the U.S. economic recovery, debating primarily the pace of the recovery, not the fact of its existence. Tell that to some of the nonprofits on the brink of going under or actually closing down in recent days and weeks.

In Glendale, Calif., the after school program called Club Jam, operated by the Grandview Presbyterian Church, shut down because of a $13,000 cut in its share of the city’s Community Development Block Grant funds. Very appropriately, deciding it couldn’t survive with the reduced grant, it returned the CDBG funding it did get—$23,000—to the City rather than spending it and then shutting its doors. The saved money will allow the City Council to direct an additional $14,000 to the Armenian Relief Society and $4,000 more toward a homeless shelter for women and children, both of which are also feeling the pinch of funding cuts.

The Washington Post reports that the Washington Area Wheelchair Society, which collects and repairs medical equipment such as wheelchairs and power scooters to give to people in need, is on the brink of collapse. It operates on a monthly budget of $1,500, but owes two months of rent and utilities and is a couple of thousand dollars short.

The Boston-based nonprofit magazine Teen Voices was projected to run out of money by the end of July, and though some last-minute fundraising has been enough to keep them alive into August, the board has announced it will end its operations by the end of August. If Teen Voices cannot find a new partner or home within six months, the magazine with 45,000 readers from 204 countries will shut down entirely.

A number of the recently shuttered nonprofit organizations are very small operations, but not all. In April, Tenderloin Health, a long-troubled San Francisco organization serving low income people with HIV and AIDS, was forced to shut down after losing $500,000 in federal dollars.

In some cases, there are other charities willing to provide the services that the closed organization can no longer deliver. In Salisbury, Md., the Delmarva chapter of the Cancer Support Community (CSC) is scheduled to shut down by the end of August due to persistent operating deficits, though the Peninsula Regional Medical Center says it will take on the CSC’s therapist-run cancer support groups.

Nonprofit closings don’t happen in a vacuum. When a nonprofit announces it is shutting down, sometimes the press talks about the closure as if it is a self-contained island, but in most cases, the shockwaves ripple outward to unsettle the people who are touched by nonprofits as staff, clients, and communities.—Rick Cohen