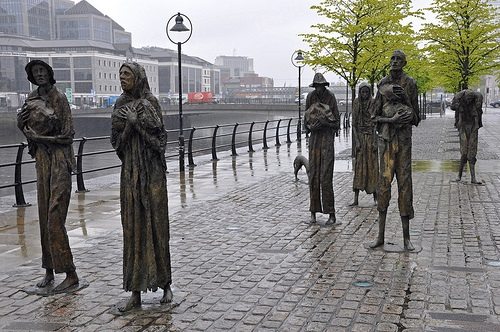 We found this very interesting report on the Rockefeller Foundation blog. It suggests foundations have something to read and to learn about responses to famine. It struck us as interesting because of the contrast with the typical focus on devastating disasters, such as the earthquake in Haiti or the multiple hurricanes that have hit New Orleans. Those disasters are quick and short, although their impacts can last a long time. Famines are “slow-onset disasters” capable of being monitored, anticipated, and forecast due to early warning systems that track risk factors like food prices, crop production, and health indicators.

If the immediacy of a Hurricane Katrina or a Superstorm Sandy surprises and overwhelms the preparations of FEMA or state and local governments, one might think it understandable, sort of, but wouldn’t the slow-moving nature of famines make it easier for governments and aid donors to intervene? Unfortunately, there are numerous examples of famines in the Sahel, Somalia, and elsewhere where the early warning information somehow didn’t translate into early and timely action.

As with the disaster responses in Haiti and New Orleans, the report takes the cacophony of aid providers as part of the problem: “These ‘delay dynamics’ are magnified by a disparate collection of responders and deep accountability deficit. The users of early warnings are numerous and fragmented. They include at-risk populations, local authorities, national governments, national and international NGOs, UN agencies and donor governments. These have differing interests and priorities and weak lines of communication.”

As with the plainly ineffective response to inner-city New Orleans, at least in the earliest days of hurricane assistance, “[i]n the absence of strong accountability to vulnerable populations, governments do not give priority to humanitarian needs. Political risk trumps humanitarian risk….For donors and national governments, delay is often a politically rational strategy.”

The errors that donor countries and donor agencies make include these:

Those sound like messages that could have been given to foundations in New Orleans and Mogadishu equally. The specific recommendations have meaning for U.S. foundations:

It’s one thing to be in and out for a reasonably brief natural disaster. For famines, the engagement of foundations may be a prolonged process, but the thought process is similar: Build local capacity and hold government (and other players) responsible to vulnerable populations.—Rick Cohen